Mare of Easttown Episode 5: Release date and time on OCS? 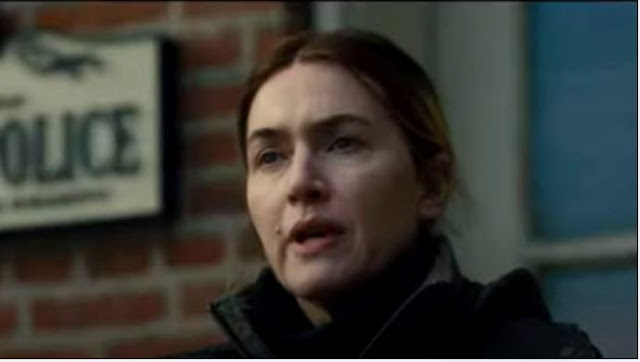 DISCOVER ALL THE NEWS ABOUT MARE OF EASTTOWN EPISODE 5 ON OCS!

Mare of Easttown is available on OCS! If you want to know all about the release of Episode 5, read on! Mare of Easttown Episode 4 ends with a shocking revelation: Katie Bailey is alive. Not only that, but she lives like in “Room”, locked in the house of an unidentified man for a year. The revelation that Katie is not dead, as previously believed, but that she is being held hostage, shatters the plot of Mare of Easttown.

For over a year, Mare Sheehan has been haunted by her inability to solve the mystery of what happened to Katie Bailey. Now that we know Katie is alive, does that mean Mare is about to solve the case? And what does this have to do with Erin McMenamin’s death? We tell you all about Mare of Easttown Episode 5!

WHAT IS THE RELEASE DATE AND TIME FOR MARE OF EASTTOWN EPISODE 5 ON OCS?

The release date for Episode 5 of Mare of Easttown has been set for May 17, 2021, on OCS in France! For the more impatient who want to know what time the series will be released. It was set for 10 p.m. local time in the US on HBO! The release time of episode 5 of Mare Of Easttown will therefore be set for the night of Sunday to Monday in France!

WHAT HAPPENED TO KATIE BAILEY?

Mare already feels a surge of passion for the case when it is revealed that a local teenager, Erin McMenamin, has been found murdered. The natural tendency is to link the two affairs, but as the end of Episode, 4 of Mare of Easttown suggests, maybe they are not linked?

It seems whoever killed Erin was deeply involved in the girl’s secret life. Katie Bailey, meanwhile, appears to have been kidnapped by a serial abuser who has just made a new victim. We watch this mysterious man subdue his latest victim and see her find herself locked in a soundproof room with Katie.

The revelation that Katie Bailey is alive is all the more shocking as we just saw her mother, Dawn, be the victim of a scam involving her daughter. Dawn is informed by a mysterious interlocutor that Katie is alive and that she will have to pay a large sum to obtain information.

In Episode 5 of Mare Of Easttown, we may learn more about the kidnapper’s motives. And why he’s wreaking havoc in quaint Easttown. In Episode 4, they can establish that Erin intended to engage in prostitution, which gives them a common ground between all matters. In Episode 5, therefore, it’s likely that the duo will continue to follow this line of inquiry and try to determine what else Erin’s murder and the kidnappings of Katie and Missy have in common.

Mare could finally understand the meaning of the medallion on which is engraved “5-29-17”. Dylan could continue to struggle with his parentage, especially since he’s not DJ’s real dad. On a personal level, Mare will continue her therapy, and we may learn more explosive truths about her relationship with Kevin, and by extension, Carrie. Mare has two suitors, Richard and Colin, and this near love triangle will likely get complicated. Richard and Mare can go on this date, but where does that leave Colin? Episode 5 has its work cut out for it.