Master of None Season 2: Explanation of the end of the Netflix series! 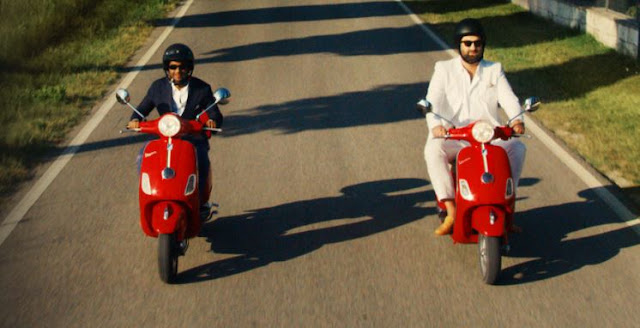 Master of None Season 2

FIND THE END OF MASTER OF NONE SEASON 2 EXPLANATION ON NETFLIX!

Master of None is available on Netflix! If you want to know the explanation for the end of Season 2, read on! The second season of Master of None presented many challenges for the protagonist Dev. He fell in love and got the job of his dreams. But he experienced great heartache in the pursuit of both of these goals. Her mentor, Jeff, a famous chef, turned out to have a serious dark side, and the girl of her dreams was engaged to another man.

At the end of Master of None Season 2, life finally calmed down a bit for him. But things always end on a very ambiguous note. Has Dev finally found true love? We will explain all of this to you in detail! To learn all about the release of the third season, read this.

EXPLANATION OF THE END OF MASTER OF NONE SEASON 2

At the end of Master Of None Season 2, “Buona Notte,” it looked like Francesca had made the decision to stay in New York with Dev, but things didn’t go as planned. The ending of Season 2 of Master Of None was deliberately enigmatic. In the final scene, Francesca lies wide awake in her bed next to Dev, as snow falls outside, and appears to have abandoned Pino, the two sharing an ambiguous gaze.

The scene is oddly similar to the one in the previous episode “Amarsi Un Po”, in which Francesca stayed at Dev’s house during a snowstorm, although there are a few differences, including the fact that they are wearing different clothes and that Francesca’s engagement ring is missing. Viewers couldn’t figure out what to make of this scene: was it just Francesca daydreaming about her life with Dev? Or proof that she had decided to stay in New York? And in the latter case, does the worried look they share mean they made a mistake?

Realists might read the scene as proof that Francesca indeed chose Dev. She isn’t sure, though, that she made the proper choice. We won’t be sure until Master Of None Season 3 takes place.