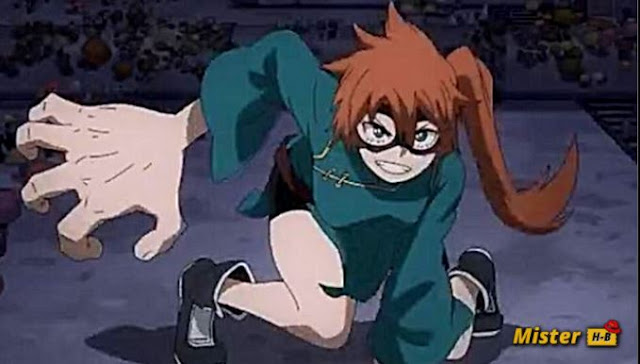 DISCOVER ALL THE INFOS CONCERNING EPISODE 7 OF SEASON 6 OF MY HERO ACADEMIA ON DNA IN FRANCE! DATE AND TIME OF EXIT AND MORE…

My Hero Academia is available on DNA! If you want to know all the info on Episode 7 of Season 5, read on! Based on the manga series of the same name written and illustrated by Kōhei Horikoshi, this is a shounen anime series of superheroes. It revolves around Izuku Midoriya, an ordinary or Quirkless boy living in a world where 80% of the population has powers.

Combat training continues; in the first match, Shinso’s Quirk managed to disrupt the work of the B-class team. The first fight ended in a victory for the A-class team. The second fight is underway. Tokoyami began to show the powers of his Dark Shadow quirk. He sends the Dark Shadow to locate the enemy, and if he finds him, he must report it in time. Class B Kuroiro took the Class A team by surprise and took the first step. But Tokoyami countered with his new Dark Fallen Angel move.

Hagakure shoots beams to counter Kuroiro, who lands on the roof of the building. Hagakure uses an Invisible Quirk to surround him with the Momo. Momo, who uses the Creation Quirk, is impressed that Hagakure manages to launch a surprise attack on his own. Kuroiri tries to escape, and they pursue him. But they fall on his trap and step on a mushroom trap. Kuroiro comments that he expected them to do this. Mushrooms began to grow on Momo and Hagakure’s bodies.

WHAT IS THE RELEASE DATE AND TIME FOR MY HERO ACADEMIA SEASON 5 EPISODE 7?