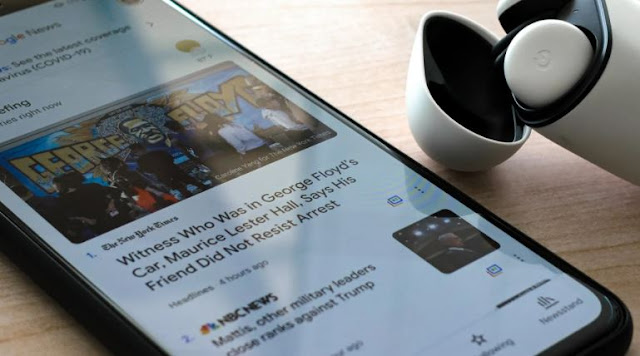 A beta feature on Google Chrome Canary allows you to add an RSS feed directly to the browser. It will be imported in a few weeks on the Google Chrome browser.

For people unfamiliar with the usefulness of an RSS feed, this allows webmasters to send articles, images, or even information to another medium without needing to code. For example, HighNews.fr uses its feed to send new articles to Google News and Feedly. Google has just announced the arrival of a new beta feature on Google Chrome Canary on Android in the United States that allows you to add an RSS feed directly to the browser.

RSS feed aggregators such as Feedly or Inoreader make it possible to carry out effective competitive intelligence for all people who have a news blog like the name or are actively working on social networks. With each article created on a website, the feed is updated which allows aggregators – or other sites to be able to display the article.

To add an RSS feed on Google Chrome Canary, you will simply have to go to the site options then click on the last tab at the bottom. Once done, the feed will automatically be imported to the browser. This will allow you to track articles on the site without having to go to the site.

For now, this feature has only been released in the United States on Google Chrome Canary Android, it will take a few more weeks to see it land on the desktop version – and in the rest of the world. Other features are also expected to arrive to improve the integration of the RSS feed on Google Chrome Canary, but Google has yet to comment on that. Besides, what would you like to see in the next Google Chrome updates?