Selena The Series Season 2: End Explanation! What happened to Yolanda? 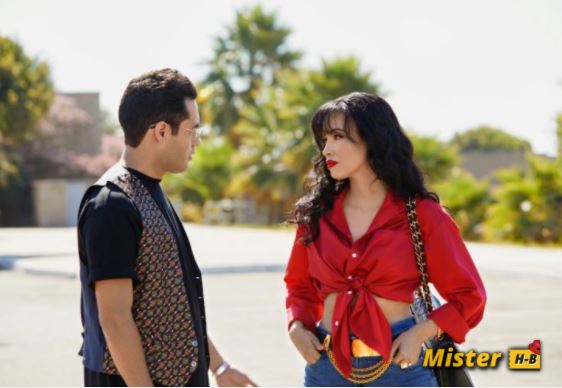 CHECK OUT THE SELENA THE SERIES END OF SEASON 2 EXPLANATION ON NETFLIX! DEATH OF SELENA, YOLANDA, AND MORE.

Selena The Series is available on Netflix! If you want to know the explanation for the end of Season 2, read on! Selena Quintanilla-Pérez was not only a beloved celebrity but also a pioneer, given the credit for bringing Tejano music to the fore. It’s no surprise, then, that many film projects have sought to explore the events that led to his unfortunate demise. To find out if a season 3 will see the light of day, it’s here.

If you’ve seen Season 2 of Selena The Series, you know how important the notion of family is in the series. As in Season 1, we learn more about Selena y Los Dinos’ rise to popularity. The next episode is devoted to the trials and tribulations that each faces at what can be considered the peak of their career. So if you still have questions, we’re here to answer them! Check out the explanation for the end of Season 2 of Selena The Series!

Selena: The Series is about superstar Tejano music Selena Quintanilla-Perez’s life and untimely death. She was murdered by Yolanda Saldívar, one of her closest confidants, in 1995 just weeks before her 24th birthday. Selena was one of the most iconic stars of the music scene During her short life.

She eventually conquered Latin American markets and won a Grammy for one of her Spanish albums. But Selena and her family have always dreamed of becoming international stars. Before her death, Selena was working on what was to be her first English album.

Selena’s death also ironically allowed then-rising star Jennifer Lopez to play the murdered singer in a blockbuster movie, which brought J. Lo to the limelight. the ramp for decades. To put it bluntly, Selena’s death forever changed the course of the history of how Latinos are portrayed in American culture.

EXPLANATION OF THE END OF SEASON 2 OF SELENA THE SERIES ON NETFLIX!

Selena: The Series aptly describes how former nurse Yolanda Saldívar became attached to the singer and then embezzled her money. The series doesn’t describe Selena’s final moments. That’s because they were pretty grim! In early 1995, Abraham quickly discovered that Yolanda had embezzled over $ 30,000 from the fan club and Selena’s shops.

As a result, she was left out of Abraham’s business, Q Productions, and Selena’s operations. However, Yolanda Saldívar retained key documents that Selena needed for financial purposes and her tax returns. Additionally, Selena found it hard to believe that Yolanda Saldívar was as cunning as her father.

On March 31, 1995, Selena agreed to take Yolanda Saldívar to a hospital in Corpus Christi for treatment after Yolanda Saldívar claimed to have been sexually assaulted and beaten in Monterrey. Nonetheless, Selena was frustrated with Yolanda and thought her ex-friend was slow to hand over essential financial documents to her. Yolanda Saldívar pointed a gun at Selena, who immediately attempted to flee. Yolanda Saldívar shot Selena Quintanilla-Perez in the lower part of the right shoulder.

This is where things get a little gruesome. Although Selena was not hit in any major organ, the bullet severed a key artery. Selena was able to run from the bedroom to the motel lobby, but in doing so she left a trail of blood nearly 400 feet away. She collapsed in the lobby of the Days Inn. But not before you have named Yolanda Saldívar as the shooter and correctly identified the hotel room where the incident took place. Although medics tried to save her, Selena Quintanilla-Perez died of her injury. Including blood loss and subsequent cardiac arrest.

So if Selena: The Series cut the truth about Selena’s death, it’s probably because the circumstances were quite upsetting. The series is co-produced by Selena’s sister, and it seems the family was, rightly, reluctant to portray Selena’s final moments in all their horror. 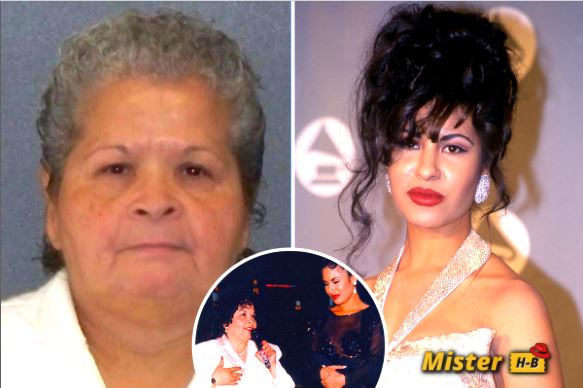 WHY HAD YOLANDA CHOSEN TO KILL SELENA?

These feelings of possessiveness and Yolanda’s blatant obsession with Selena are most likely the reason Yolanda chooses to embezzle the singer’s funds. Selena is a very confident person who always chooses to see the good in people. What is most important to her is family, and while Yolanda is an important part of Selena’s business, the nurse is ultimately not family.

WHAT HAPPENED TO THE REAL YOLANDA?

In real life, after nearly ten hours of face-to-face with the police, Yolanda was finally charged and convicted of Selena’s murder. She told police: “I didn’t want to do it. I didn’t want to kill anybody, ”and claimed the shot went off on its own. She even claimed that she bought the gun to kill herself and not Selena. During the trial, however, the prosecution pointed out that Yolanda, who was a registered nurse, did not bother to call 911 or help Selena.

The prosecution also pointed out that this was not an accident, as this specific pistol requires 11 pounds of trigger pressure, indicating that the shot had to be intentional. Selena’s final words also implicate Yolanda as the star named her shooter before she died.

Thanks to this and other evidence presented at the trial, a jury eventually found Yolanda guilty of first-degree murder, and she was sentenced to the maximum term of life in prison with the possibility of parole after 30 years. . According to prison records, she is in the Mountain View Unit in Gatesville, Texas, and will be eligible for parole in March 2025.