The Dragon Prince Season 4: what is the Netflix release date? 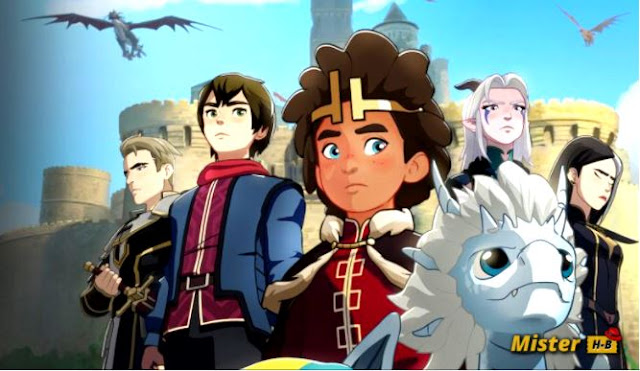 DISCOVER ALL THE INFOS ABOUT THE DRAGON PRINCE SEASON 4 ON NETFLIX! RELEASE DATE AND MORE…

The Dragon Prince is available on Netflix! For more information about when Season 4 will be released, read on! The first three seasons of The Dragon Princes are just around the corner. Netflix’s animated fantasy series, created by part of the Avatar creative team, has produced 27 episodes in just over a year. But if the wait for The Dragon Prince Season 4 release date seems endless, you are not entirely wrong.

Whether it’s accusations of sexism in the workplace, a global pandemic, or the added pressure from Netflix to renew The Dragon Prince through Season 7, something is causing serious delays. It’s been a year and a half since Season 3 launched in November 2019, and we still don’t know when we’ll see Season 4.

That said, we do know a lot about Dragon Prince Season 4. Here’s everything that has already been revealed, from the plot details and future of the series to the other ways this fantasy saga unfolds outside of Netflix.

WHAT IS THE RELEASE DATE FOR THE DRAGON PRINCE SEASON 4 ON NETFLIX?

Season 4 of The Dragon Prince has indeed been validated. In July 2020, Netflix announced nine new episodes and four other new seasons in total. So it seems that the creators of the series, Justin Richmond, and  Aaron Ehasz,  continue to take care of the saga since they have revealed that the new parts of the Netflix series will be called “Earth” and “The Dragon Prince:”

In January 2021, the official account revealed that a Season 4 release date had not been set. Months later, it’s still unclear when Season 4 premieres on Netflix, although more media projects have been announced. The release date of season 4 of The Dragon Prince should be set for 2021 on Netflix!

Netflix has yet to release an official logline for The Dragon Prince Season 4, although it has been suggested that Aaravos’s caterpillar metamorphosis will anchor the tale. Ehasz has confirmed that the new episodes of The Dragon Prince will address the romance between Rayla and Callum, as well as the importance of the aforementioned Claudia. Netflix has not released a trailer or teaser.

But the multi-season renewal suggests that directors can properly flesh out the subplots in Season 4 of The Dragon Prince, and then ramp up the drama with the final three episodes.