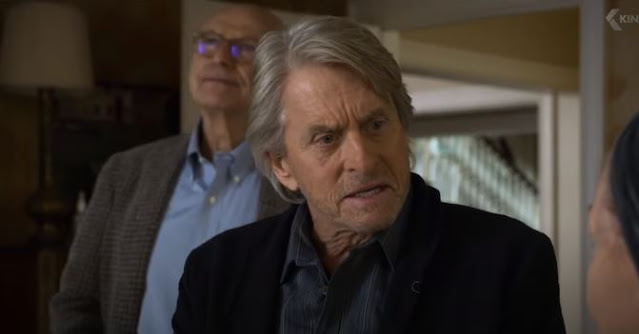 DISCOVER ALL THE NEWS ABOUT SEASON 4 OF THE KOMINSKY METHOD ON NETFLIX! RELEASE DATE, RENEWAL, AND MORE.

The Kominsky Method is available on Netflix! If you want to know all about the Season 4 release, read on! The drama series, which had been put on hold due to the pandemic, has finally dropped off its third season on the platform, releasing new episodes for the first time in almost two years. While all of this sounds like good news for fans of the Kominsky Method, the Season 3 release comes with a few changes.

This season, once again premiered by Chuck Lorre, follows Sandy (Douglas) as he mourns the loss of one of his closest friends. When his ex-wife, Roz Volaver, visits him with their daughter and her new lover, the situation becomes even more uncomfortable. This season of the hit series “is about money, death, love, murder, and dreams that come true.” If you’ve already finished the new episodes, we’ll tell you all about The Kominsky Method Season 4 on Netflix!

WHAT IS THE RELEASE DATE FOR SEASON 4 OF THE KOMINSKY METHOD ON NETFLIX?

While no specific reason has been cited for the show’s end after three seasons, it appears to be simply because it reached a natural endpoint for Kominsky’s story arc. In addition, Netflix seems to have a habit of canceling shows after two or three seasons. The broadcaster is probably doing this because it is more lucrative to launch new shows that attract new subscribers.

On the other hand, renewing the current series means reaching out to a more or less fixed number of viewers. Another reason could be that the annual cost of production continues to increase with each year a show returns with a new edition.

“Seeing the enthusiastic response from the audience and critics has been an incredible experience. I’m excited to end the story with this final chapter, ”said creator Chuck Lorre of the third season. You get it, The Kominsky Method will not be returning for a Season 4 on Netflix!