The Man In The High Castle Season 4: Explanation of the end! 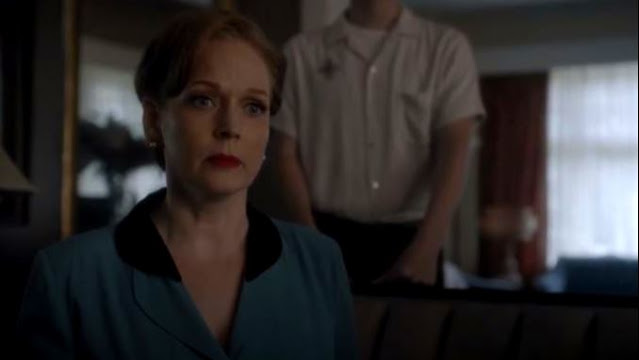 The Man In The High Castle Season 4

DISCOVER THE EXPLANATION OF THE END OF SEASON 4 FROM THE MAN IN THE HIGH CASTLE ON AMAZON PRIME VIDEO!

The Man In The High Castle is available on Amazon Prime Video! If you want to know all about the end of Season 4, read on! With such adaptations, one would expect there to be good and bad. The Maen, to a large extent, on the bright side. But the end of Season 4 of The Man In The High Castle could divide fans and undermine the overall legacy of the series.

After taking out the cranky old man Himmler in the previous episode, the new Reichsfuhrer John Smith struck a deal with his new German counterpart that gave him full control of the American Reich. Immediately, Smith and his senior officers began planning military action to drive out the troublesome Black Communist rebels from the Western Pacific states previously under Japanese control. Another top-secret case is known only as “Phase 5”. Ominous.

Meanwhile, Juliana and Wyatt, a sparkling-eyed Irish freedom fighter, prepare to assault the rebels on the Nazi-built portal between dimensions hidden in the Pocono Mountains. Juliana has a sneaking suspicion that something strange is about to happen with this portal.

Another person who feels troubled is Smith’s wife, the guilt-ridden Helen. She searches her office, suspecting her husband is up to something and discovers a file with the words “Phase 5” written in large blood-red letters. Smith is expected to supervise the construction of dozens of concentration camps across the continent, where hundreds of thousands of non-Aryan Americans and so-called “undesirables” will be exterminated, according to this file.

Inevitably, things don’t go as planned. Eager to tell Helen about his journey through the portal, during which he encountered the alternate, living embodiment of their son Thomas, Smith insisted that his wife accompany him on the TGV. Reluctantly, she agrees, but she is disgusted when, during the journey, he hatches a plan to kidnap the other Thomas and bring him back to their dimension.

This is the straw that breaks the camel’s back for Helen, who tells her husband that they have failed as parents and that the camps he plans to build are a crime. Seconds later, explosives set by Juliana, Wyatt, and their team ripped apart a section of the TGV’s elevated track, derailing the train and sending it at high speed toward the ground. The spectacular crash kills poor Helen, but Smith survives, staggering into the mountains, followed by Juliana.

She ends up finding him on a ledge overlooking the mountain where the portal is located. Slumped and defeated, he pulls out a pistol and shoots himself in the head.

After escaping from his old headquarters, where he was imprisoned by black communist rebels, Kido goes to the lair of gang leader Yakuza Okami. There, he agrees to join the Okami crime syndicate to pay off his son’s drug debts, even cutting his little finger to redeem himself.

Of course, agreeing to join the Yakuza is something Kido sees as truly shameful, but he knows it will get his son back to Japan. It’s only then, at the end of Season 4, that The Man In The High Castle stumbles.

Juliana makes her way through the mountain to the portal entrance after witnessing Smith blow his brains out. There she is reunited with Wyatt and The Man In The High Castle himself, Hawthorne Abendsen. The portal comes alive in a flash of blue electric light, and it appears that the “something” Juliana had sensed has finally happened. But instead of that spectacular “something”, we see a small group of ordinary people from another dimension silently exiting the gate and walking past our heroes, like bored shoppers walking down Oxford Street. We’re supposed to think Juliana is now set to have a happy future with Wyatt in their homeworld.

While Season 4 had a rushed finale to close the story, even though Season 5 could have ended on a better note by eradicating the Nazis once again, the behind-the-scenes creative team has been considering this final moment ever since. some time. The Man in the High Castle, at its best, serves as a warning, revealing a tale against the risk of repeating the sins of the past and allowing racists and fascists to gain a foothold, or allow inhumanity to spread. of man to his neighbor. But the series also sometimes tackles more metaphorical themes.

Perhaps the travelers returning through the portal in the finale are surrogates for everyone we’ve lost in our world, whether through world wars, acts of terror, or domestic violence. Perhaps the hope given to us by The Man In The High Castle is that in a world of limitless realities, endless stories, we still have the right, the privilege, and the power to make our own decisions and to choose our path.