Android 12: Google could replace the At A Glance widget 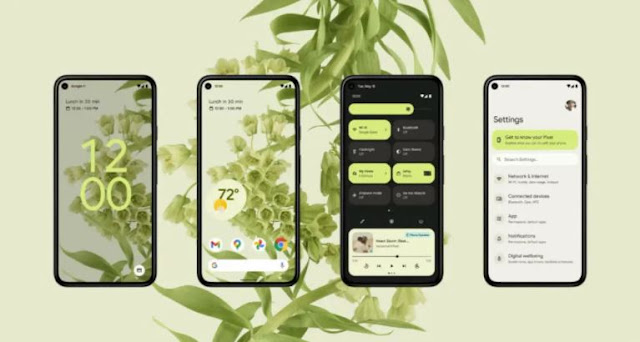 Google is reportedly intending to make further changes in Android 12, especially in the widget area. New features could arrive like Live Space.

On Android 12, the improvements implemented by Google are more and more numerous. According to our colleagues Android Police, Google could replace the At A Glance widget. Currently, this feature shows the user the current time, upcoming calendar events, weather, reminders, alerts, and more.

Android Police teams have discovered Live Space, a new feature on Android 12, which could replace the “At A Glance” widget. With this new feature, the integration with Google Assistant becomes much better. Why? Because the user can personalize the “Live Space” according to several parameters: travel plans, trip reminders, shopping lists, and more.

According to information shared by the media, activating Live Space allows the user to have access to several sections. For the “Location” tab, for example, it can display the most relevant content based on its location.

Google wants to improve the experience of widgets

In recent years, Google has doubled its efforts to improve the experience of its widgets and tailor them to user needs. Admittedly, the widgets are little updated by the Mountain View firm, but it seems that the American giant is striving to improve them further.

As a reminder, the new feature mentioned above was discovered by the Android Police teams in the latest beta version of the Google application. This novelty is therefore not available to everyone, even to users who have been lucky enough to use Android 12 Beta.

It should be noted that there is no official information regarding this new feature. Little information about Android 12 is circulating on the web. While waiting for the arrival of this feature, we can note that the design change is very successful and changes a lot compared to the old versions.