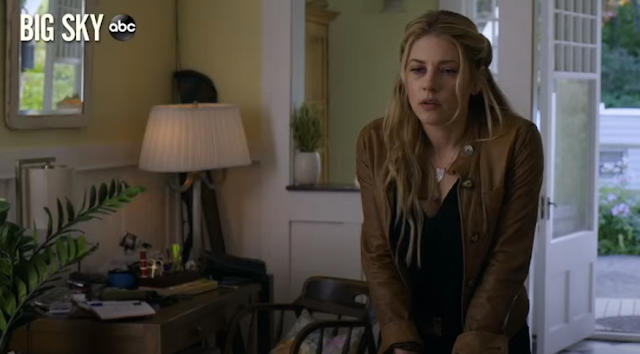 FIND OUT ALL ABOUT BIG SKY SEASON 1 EPISODE 13 ON DISNEY PLUS! DATE AND TIME OF RELEASE.

Big Sky has just arrived on Disney Plus Star! If you want to know when Episode 13 will be released, read on! This thriller crime series is directed and created by David E. Kelley. And it’s adapted from the famous novel “The Highway” written by C. J. Box.

This week’s Big Sky focused on the infamous actions at the Kleinsasser Ranch. The episode picks up exactly where the previous one left off: with Jenny in the dead cow pit, and Rand looking really happy to have her there. While our two protagonists are in great danger, their case remains unresolved. Here’s everything you need to know about Big Sky Episode 13 on Disney Plus.

WHAT IS THE RELEASE DATE AND TIME FOR BIG SKY EPISODE 13 ON DISNEY PLUS?

At the end of Episode 12, Blake feels guilty about a crime he committed with his family years before, and as he expresses his desire to confess to the authorities, JW hits him with a shovel. Jerrie sees Ronald at the open mic party and panics.

Big Sky Episode 13 is titled “White Lion,” in which Cassie and Jenny learn that a body has been dumped and discovered on the Kleinsasser Ranch. It’s possible that the body was Blake’s after what JW did to him in the previous episode.

Fear gripping Jenny, she decides to get more involved in the investigation, but the Kleinsassers are covered as always. On the other hand, Cassie accepts Lindor’s help and together they dig a lead on Ronald, who wonders if he has been compromised. To make sure he’s safe, he’s going to cook up something new.