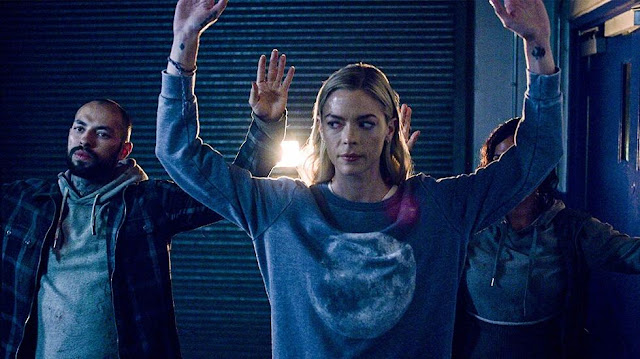 DISCOVER ALL THE NEWS ABOUT BLACK SUMMER SEASON 2 ON NETFLIX! DATE AND TIME OF RELEASE.

Black Summer is available on Netflix! If you want to know all about the Season 2 release, read on! One of the coolest zombie series around is finally coming back, and it’s about to get even cooler, literally.

Created by Karl Schaefer and John Hyams, Black Summer looks like every other zombie survival story at first glance. But it is much more innovative than that. In its first season, the thriller deals with several less explored aspects of a global apocalypse. For example, how do you survive when you’re the only member of your group who can’t talk to everyone else? And how do you get out of it alive when you’re alone? If the trailer is to be believed, these questions are going to get more and more interesting. Here’s everything we know about Black Summer Season 2 on Netflix!

WHAT IS THE RELEASE DATE AND TIME FOR BLACK SUMMER SEASON 2 ON NETFLIX?

The last shot shows Rose and her daughter about to reunite, which gives us one of the rare happy moments of season one. Of the group of survivors, only Sun, Spears, and Rose survived the trip to the stadium. Rose’s story does indeed end after reuniting with her daughter. Spears’s only motives were to survive and help Rose on her journey. As for Sun, who doesn’t speak a word of English, maybe she was just looking to be evacuated.

The only survivor who had a motivation to continue the story was Vallez, but Rose had to kill him out of pity because he was slowing her and the other survivors down due to his injury. Additionally, Lance is absent without permission as he was fleeing a growing horde of zombies.

Black Summer Season 2 will resume after the season-ending reveal and show our survivors trying to face this new world on their own. In a press release for the series, Netflix described this new episode as follows: “Winter arrives with new challenges in cold blood during the zombie apocalypse, as frenzied scavengers ” The dead and the desperate are fought by brutal militias.