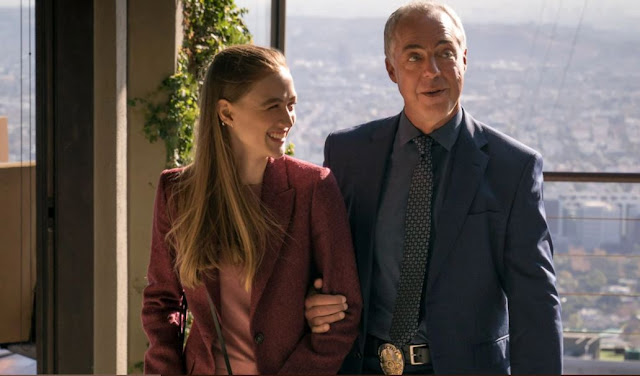 Bosch is available on Amazon Prime Video! If you want to know all the info about the Season 8 release, read on! Amazon’s hugely popular drama series has finally returned for its seventh season. The new episode of the franchise centers on Detective Harry Bosch’s investigation into a high-profile arson that claimed the life of a 10-year-old girl.

Based on Michael Connelly’s bestselling novel “The Burning Room” and the real arson that inspired it, the new season proves Bosch improves with age. For seven seasons, Detective Harry Bosch has applied his motto: “Everyone counts or no one counts”. If you have completed the final season, then we tell you all about the Bosch Season 8 release on Amazon Prime Video!

WHAT IS THE RELEASE DATE FOR BOSCH SEASON 8 ON AMAZON PRIME VIDEO?

The seventh season was released on June 25, 2021, in full with 8 episodes on Prime Video! On February 13, 2020, the series received the green light for its seventh season, which was also announced as its final release. “I am pleased with what we have done with Bosch,” Michael Connelly stated, adding that he is looking forward to wrapping up the tale in season seven.

It’s bittersweet, but all good things come to an end, and I’m glad we can start the way we want to. ” You get it, there will be no Bosch Season 8 on Amazon Prime Video!

THE OUTPUT OF A PLANNED SPIN-OFF

In March 2021, IMDb TV commissioned a spin-off series set to continue the adventures of Harry Bosch, with Titus Welliver reprising his role as the main character. Bosch will be seen working closely with Honey “Money” Chandler, a defense lawyer. It has also been reported that Madison Lintz will be back to play Maddie, Bosch’s daughter.

Noting that he plans to use the Bosch PI title, Connelly added that the upcoming series is “basically the same machine that made Bosch seven seasons”. This time around, however, the TV version of IMDb will include a small time jump to keep the plot current.

As for the possibility of other Bosch alumni reprising their roles for the show, Connelly teased, “We hope we get cameos and stuff. I can’t tell you for sure, but I would hate to do a show without Crate and Barrel appearing. ”