Carnival: Explanation of the end of the Netflix movie! Salvador and Nina 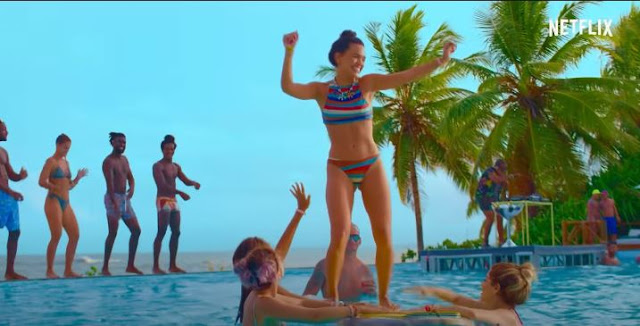 FIND THE END OF CARNIVAL EXPLANATION ON NETFLIX! FUTURE OF NINA.

Carnival is available on Netflix! If you want to know the explanation for the ending, read on! Directed by Leandro Neri, Carnival tells the story of four young women in Salvador for the Bahia Carnival, a world of influencers, musicians, and individuals. The friends all face their fears, insecurities, and loopholes in a series of events that only get wackier as the story progresses.

Centered on Nina, the film seeks to address topics such as the use of social media, influencer culture, homophobia, judging others, and our addiction to our phones. Unfortunately, he runs into all obstacles, even as his star continues to rack up followers, posting bursts of photos and stories. We tell you everything about the end of Carnival!

EXPLANATION OF THE END OF CARNIVAL ON NETFLIX!

At the end of Carnival, Nina and her friends reconcile after realizing how lonely her life would be without them. She also sees her social media idol falling out of favor because of insensitive comments she made while intoxicated. Nunes, with Nina’s encouragement, comes out of the closet and surprises her longtime underground boyfriend.

Vivi, Nina’s friend, although initially skeptical, falls in love with Samir, one of the trip organizers. The mystery of Michelle, who cannot find the man with whom she shared a magical kiss, is also resolved. Nina is thanked by her former idol, who decides to explore herself.

We see Nina’s priorities change over the course of the film as she realizes the importance of people in her life, especially her friends. Considering that her number of followers has already doubled since arriving at the carnival and growing at an unprecedented rate, Nina has reached one million followers.

Salvador, the proud Bahian guide to Nina and her friends, also helps Nina realize the beauty of the present, telling her that he lives his “stories” in real life, not online. It also prevents the influencer from taking photos, imploring her to just look at the view. At the end of Carnival, we see Nina with Salvador, who doesn’t even use social media, which tells us that Nina’s priorities have indeed changed.

WHAT FUTURE FOR NINA AND EL SALVADOR?

Nina hasn’t given up on social media. Through the experiences she has had, she is aware of the importance of her friends and has probably become more empathetic towards them. However, we see nothing to suggest that Nina’s ambition has waned.

So, aside from a fling of a few days, it’s hard to see Nina engaging in a relationship with Salvador, a laid-back man who doesn’t seem to believe in social media. The two also live in different cities, making it all the more difficult for this unlikely relationship to flourish.