Clarice Season 1: Explanation of the end of the series! 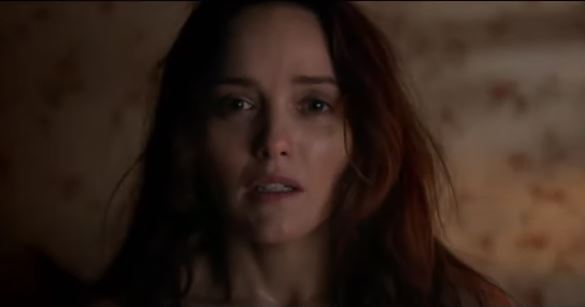 Clarice is available on Streaming sites! If you want to know the explanation for the end of Season 1 of Clarice, read on! It’s been 30 years since the movie version of Thomas Harris’s novel, The Silence of the Lambs, hit theaters and made Hannibal Lecter, played by Anthony Hopkins, and Clarice Starling, played by Jodie Foster, movie characters. emblematic. To learn all about the Season 2 release, read this.

This movie, one of the best psychological thrillers ever made, has won several Oscars. Lecter’s character has since been explored in more depth on television and in movies. The series attempts to explore the inner life of the junior agent since she killed serial killer Buffalo Bill. If you have finished the series, then you probably have questions regarding the end of Season 1 of Clarice, we tell you everything!

EXPLANATION OF THE KILLER’S PLAN

The victims were all put through Alastor’s clinical trials, but Hagen, through his fixer and lawyer Joe Hudlin, hired a hitman to take out the women and make it look like a new serial killer from Buffalo Bill guy committed the murders.

Meanwhile, the women who died in the river murders were part of even more serious crimes perpetrated by Nils Hagen for decades. The deranged Hagen was using his son, Tyson, to find and abduct scores of female Eastern European medical students trafficked into the United States. Hagen used to get women pregnant to have another child, but he had a genetic defect that was passed on to every fetus.

When every woman inevitably miscarried or gave birth to a stillborn baby, Hagen would jar the fetuses and display them as his “children,” while he placed their mothers in a rendering machine to leave no trace of their corpses. Hudlin’s role in orchestrating the river murders ended in the murder of Hagen, as Hudlin’s mishandling brought the FBI to the door of Alastor Chemicals.

Tyson and Clarice attracted each other because they both built their self-images from a distorted view of their respective fathers, eventually realizing terrible truths about the men they passed. their life to idolize. Tyson finally decided to kill himself when Clarice admitted that she hadn’t ‘seen him before but that she sees him now, that is, Tyson is no different from Hagen and that Clarice could never have affection for someone who has committed the kind of sins Tyson Conway has committed.

It’s surprising that Clarice not only witnessed Tyson’s murder-suicide instead of arresting the father and son, but also that she instigated Conway to kill Hagen and himself. However, Starling was no longer an FBI agent at the time and therefore had no federal authority. Moreover, Clarice was outraged and furious with Hagen and Conway. For the same reasons Starling killed Buffalo Bill instead of arresting him, Clarice made sure that a more primitive form of justice was served to Hagen and Conway, and that Tyson took revenge on his father before punishing himself. -even.

Ultimately, Starling must now rebuild her self-image, beyond following in her father’s footsteps. Clarice always saw her father as a saint and blamed her mother for making him leave, which is why Starling has not seen or spoken to her mother since she was 10 years old. Clarice Season 1 was a major re-enactment of Starling’s life story and it intriguingly ended with Clarice returning to West Virginia to see her mother, which could be a new beginning for them and the entire Starling clan, and it’s a compelling hook for the sequel to Season 2 of Clarice.