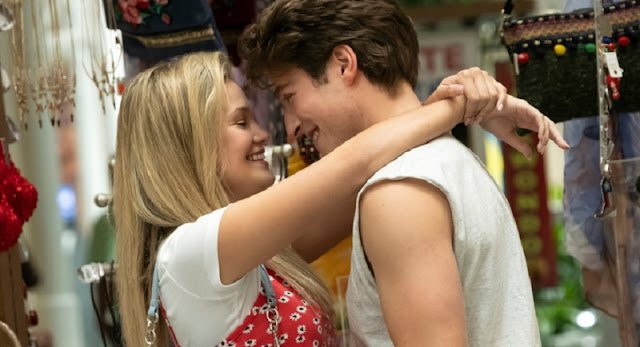 DISCOVER ALL THE INFOS CONCERNING SEASON 2 OF CRUEL SUMMER! RELEASE DATE AND MORE.

Cruel Summer is available on streaming sites in France and on Freeform in the US! If you want to know when Season 2 is out and what it will bring in store for you, read on! As we all look back at the ’90s with fond memories, the citizens of Skylin, Texas see it differently. Welcome to Cruel Summer, the latest Freeform hit that follows the mysterious disappearance of the most popular girl in town and the least popular girl’s rise to the top of the pyramid.

But all is not what it seems and there are much darker secrets hidden in this city where status is absolutely everything. Like many other Freeform series, you’ll be hooked right off the bat and wondering if Cruel Summer will return for Season 2! We tell you everything!

WHAT RELEASE DATE FOR SEASON 2 OF CRUEL SUMMER?

Season 1 of Cruel Summer aired from late April to mid-June in the US with 10 episodes of approximately 45 minutes. Cruel Summer has been renewed for a Season 2 just before the end of its first season! Freeform President Tara Duncan said: “Renewing Cruel Summer for a season 2 was an easy decision. This is the biggest serial debut in Freeform’s history, and the audience response has been overwhelmingly positive.

At the end of the first season, different tales come together as Kate and Jeanette reflect on what happened when Kate was held prisoner in Martin’s basement. Kate admits to shooting Martin, and Jeanette tells her that she saw Mallory’s bike and not hers, implying that Mallory saw Kate at Martin’s. Jeanette publicly forgives Kate for dragging her name into the affair. In the final moments of the season, a flashback sequence reveals that in 1994, Jeanette visited Martin’s house and heard Kate screaming for help, but did nothing.

It is unclear what direction the series will take in Season 2 of Cruel Summer. If the writers choose to continue the same plot, we could see what the kiss between Kate and Mallory means. Now that we know that Jeanette lied that she wasn’t at Martin’s house, could the truth be revealed? However, it’s also possible that Cruel Summer Season 2 will take a different direction with a whole new mystery.