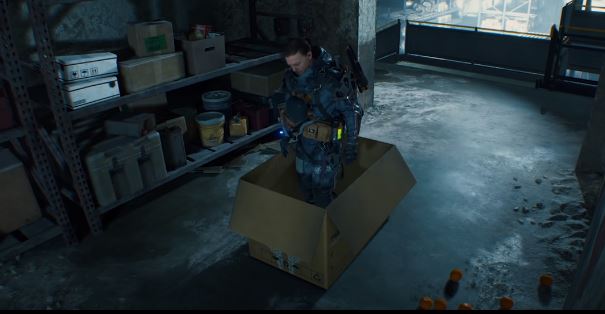 It was during the Summer Game Fest that the famous creator Hideo Kojima unveiled the arrival of his game Death Stranding Director’s Cut on PS5.

Video game creator Hideo Kojima made a stint at the Summer Game Fest last night. An appearance that did not go unnoticed as he announced the arrival of Death Stranding Director’s Cut on PS5.

As IGN reported, Hideo Kojima’s announcement came with a trailer. 2 minutes 46 video in which we can see the main hero named Sam who is about to carry out an infiltration phase.

A sequence that is reminiscent of memories – very memorable – from another game by Hideo Kojima, Metal Gear Solid. Indeed, during his two-minute video on Death Stranding Director’s Cut, Sam is hiding in a cardboard box. An infiltration technique popularized in Metal Gear Solid titles.

Besides the trailer, Hideo Kojima did not say anything about what will differentiate the game between the PS4 and PS5 versions. Nevertheless, we can expect a more complete version of the game next-gen. This version also seems to have a performance mode that can upgrade the game framerate up to 60 frames per second as well as exclusive content.

An unexpected but logical announcement

Indeed, no one anticipated this announcement from Hideo Kojima. However, it seems rather logical. What game wouldn’t want the brush stroke and port to the PS5? While a PS5 release date has yet to be revealed, event host Geoff Keighley has hinted that the game should be revealed in more detail in the coming weeks. So stay tuned for new information!

In the meantime, know that Death Stranding Director’s Cut has received excellent ratings from the French and English-speaking press. Hideo Kojima’s games will always go down in history.