Dom Season 1: Explanation of the end of the Amazon series! 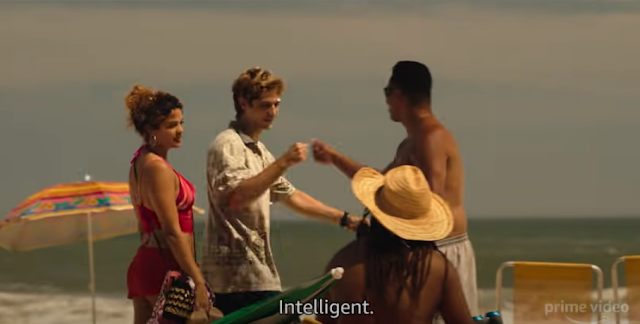 Dom Season 1: Explanation of the end

Dom is available on Amazon Prime Video! If you want to know all information about the explanation for the end of Season 1, read on! Amazon Prime Video’s new action-drama series DOM was released on June 4, 2021. The series’s release has been highly anticipated by audiences since its trailer launched. She received rave reviews from the public. This eight-part series kept audiences enthralled throughout the series.

Dom is based on real events that took place in Rio de Janerio. It tells the story of a father-son duo who lived in a neighborhood overrun with illegal activities such as the drug mafia and other crimes. The father’s name is Victor, a policeman who has fought all his life to eradicate anti-social elements from his town.

He didn’t expect his son, Pedro, to embark on the dangerous path of drugs instead of joining him in his fight. Pedro becomes one of the city’s most notorious drug lords, and Victor desperately tries to get him back. To learn all about the end of Dom Season 1, read on!

EXPLANATION OF THE END OF DOM SEASON 1

Dom Episode 8 begins with Pedro and his gang leaving after the disaster at the end of the previous episode. The title of Dom Episode 8 refers to what Pedro believes they should all do, but Figueira, like all bosses, won’t let them rest for long.

Figueira may not have a say in the matter, at least not if anti-corruption chief Alberto Barradas is involved. Pedro is again offered a deal, this time relating to his father, and he is ransomed for a large sum, which Marisa and Laura reunite by selling the apartment without telling Victor, who is occupied by the mission.

It works to get Pedro back. Afterward, he wants to detox again, but we don’t believe he can. Outside of the main storyline, that’s what Dom stands for, and that’s what’s tragic. Despite the progress made, both about Pedro’s addiction and his relationship with his father, he is once again lost and his past catches up with him.

You can never get past it, and the ending of Season 1 of Dom crystallizes that idea. Maybe sometimes the only way to escape the past is to completely detonate it, unpin a live grenade, and let it explode all the difficulties that keep following you. It doesn’t seem like the smartest plan. I think Dom will perform better if we never really know if it worked or not.