Fast and Furious 9: Explanation of the end! Who’s back? 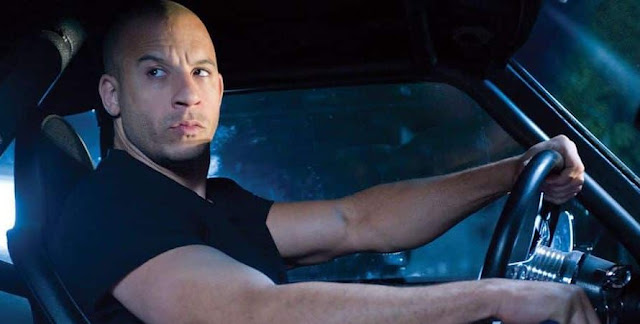 DISCOVER THE EXPLANATION OF THE END OF FAST AND FURIOUS 9!

Dom and his family are back to save the world in Fast & Furious 9, but this time the threat is closer to home. Jakob Toretto the never heard of Toretto brother or sister is on the hunt for Project Aries, a weapon “so dangerous it shouldn’t exist for half a century,” according to Cipher who could help Jakob in his quest.

This is the starting point for another series of outrageous stunts which, this time, sees the series heading into space. Will Dom and his team save the day and where has Jakob been all these years without Dom talking about it?

We’re going to dive into the twists and turns of Fast & Furious 9, including its ending and this surprising comeback, to explain everything to you. So if you haven’t seen the movie yet, look away because major spoilers await.

THE DESTINY OF JAKOB TORETTO

Jakob Toretto spends most of Fast and Furious 9 as the main villain, but he switches sides at the end of F9 to prepare for his future as an ally. Jakob spent his whole life preparing to be an outstanding spy, warrior, and driver after Dom exiled him from the family for his involvement in their father’s death. This led him to work with Mr. Nobody before taking a more villainous turn to gain the power he always wanted and finally get out of Dom’s shadow.

Jakob’s business partners, on the other hand, turn against him and join forces with Cipher. He decides to work with Dom and his team to eliminate the global threat he helped create. Jakob and Dom use the powerful magnets to overturn a giant truck and ultimately shut down Project Ares.

Once the mission is completed, Dom seems to forgive Jakob and gives his brother a new start in life. While Jakob doesn’t stop at the Toretto family dinner at the end of Fast and Furious 9, it’s clear he’s on a path to redemption. He is expected to return in Fast & Furious 10 and Fast & Furious 11.

CIPHER AS THE NEXT BAD OF SAGA?

The ending of Fast and Furious 9 makes Cipher the main villain of Fast & Furious 10, and possibly even beyond. The manipulative and brilliant hacker was the main villain in The Fate of the Furious, but she managed to escape and survive. Cipher returns in F9 as a threat to Jakob. She’s locked in a lockdown cell for most of the movie but ends up convincing her business partners to work with her and turn on him.

The last time Cipher was seen frustrated in Fast and Furious 9, she was pulling away from the machine that was piloting the drone, and her exit made it feel like it was time to regroup again. Now that Dom and his team have twice halted his plans, Cipher should be even more determined to defeat them by all means. A rematch as part of the Fast & Furious 10 story seems to be Justin Lin’s starting point.

EXPLANATION OF THE END OF FAST AND FURIOUS 9

At the very end of Fast and Furious 9, the movie hints at Brian continuing to hang out with Dom and the team. Its blue Skyline stops in the driveway of the Toretto’s original home. The film goes into the credits before Brian is shown onscreen and takes his seat at the table next to Mia, but the involvement is significant.

Instead of continuing to mention Brian and allude to what he does, the ending of Fast and Furious 9 could set the stage for Brian’s return to Fast & Furious 10 and Fast & Furious 11. People involved in the franchise have left. hearing that Brian can return using techniques similar to those used in Furious 7 to complete his role after Walker’s death. Walker’s brothers are hoping to re-act as O’Connor, so F9 confirming that Brian is still hanging out with the family could plant the seeds for an actual appearance in future films.