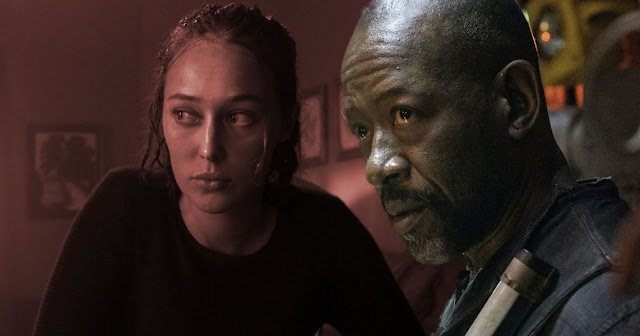 Fear the Walking Dead is available on Amazon Prime Video! If you want to know all about the Season 7 release, read on! As with virtually every movie and series, season 6 of Fear The Walking Dead went through hardship during the pandemic, having to shut down production and work around tough new health guidelines.

Except for one episode in which many of the main characters appeared in Morgan’s community, the only scene that included everyone was in the penultimate episode of the season. When they all got to the sub for the first time. Now it looks like they’ll have to stay apart for a while yet in Fear The Walking Dead Season 7.

Season 7 of Fear The Walking Dead is officially taking place, since the series was renewed in December 2020. It was expected to continue, but given that the main series The Walking Dead ends in 2022. Les fans have expressed concern that the spinoff series will end around the same time. At this time, there is no indication that Season 7 will be the final season.

WHAT IS THE RELEASE DATE FOR FEAR THE WALKING DEAD SEASON 7?

The series began airing in October and ended on June 13 with 16 episodes of approximately 45 minutes. On December 3, 2020, it was announced that the series was given the green light for a Season 7. Unfortunately, an exact release date has not yet been disclosed, but it has been confirmed that the drama has been renewed for the season. television 2021-2022.

Filming for Fear the Walking Dead Season 7 has already started, it looks like new episodes will start airing before they hit the six-month mark. Taking all of this into consideration, fans can expect the Fear the Walking Dead Season 7 release date to be set for fall 2021. The next iteration of the series is slated to have 16 episodes. Regarding the release date on Amazon Prime Video, it will arrive a few weeks after the end of the broadcast of Season 7 in the US, just like season 6!

Throughout Season 6, tension built between the characters as they tried to cope with the added threat of the doomsday group. In the penultimate episode, missiles are launched by the cult leader, and widespread destruction is imminent. The final episode also marks the start of a new era, with survivors having to reorganize themselves and possibly adopt a new attitude if they are to continue living.

Specific details of the Fear The Walking Dead Season 7 story are currently unknown but based on how Season 6 ends. It’s fair to assume that everyone will be apart for a bit longer. Alicia presumably survived the initial blast, and Strand appears to have gone far enough to avoid a back-to-back strike. Morgan and Grace, on the other hand, were still in a bad area when other warheads exploded. Chances are they will survive in Season 7 of Fear The Walking Dead, but they will have their work cut out for them.