Feel Good Season 1: Explanation of the End of the Netflix Series! 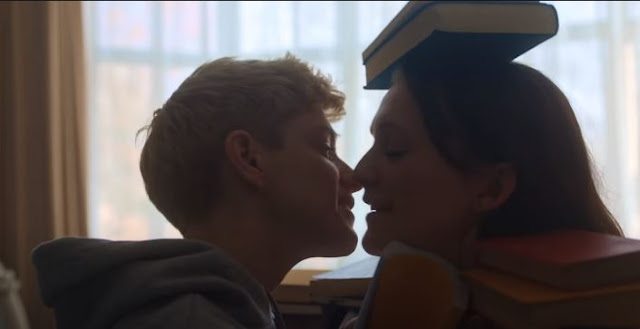 Feel Good is available on Netflix! If you want to know the explanation for the end of Season 1, read on! Canadian comedian Mae Martin knows that addiction stories are often extremely dark. Words like “heartbreaking” are often used. She also knows that this is not everyone’s experience. This is why, in the Netflix series Feel Good, she tells a different kind of addiction story, just as charming, sad, and thrilling. To learn all about the release of the second season, read this.

Ms. Martin transposes topics from her own life and stand-up, her cocaine addiction, romantic weaknesses in six tight episodes. In the first few moments, the fictional Mae meets George after one of her shows. It’s a perfect and cute encounter. George has been coming to the club to see Mae for a while and she lingers after her obnoxious friend Binky leaves her.

They chat, kiss, and get into an intense relationship. The only problem? George has never dated a girl before, and Mae hasn’t been very forthright about his drug use in the past. Check out the explanation for the end of Season 1 of Feel Good on Netflix!

EXPLANATION OF THE END OF FEEL GOOD SEASON 1 ON NETFLIX!

At the end of Season 1 of Feel Good, Mae and George are seen lying on the bed, and the same sound that intensifies and rings in Mae’s ears whenever she feels the urge to submit to her. addiction. What does this mean for Mae?

The first time audiences hear this sound is when Mae and George first kiss. It’s like the sound of the drowning world as Mae falls in love. But over time, he becomes the red flag for temptation. Whether it was the temptation to text George when he was explicitly told not to, or the lure of the cocaine people freely consume in front of her. So, was it Mae who felt the touch of love once again? Was it the world fading into the background or some kind of alarm?

Considering that Mae had previously given in to cocaine and broken her sobriety period, the most logical answer is that it is Mae battling envy. She is on the first day of her recovery and maybe she wants to use it again. In previous cases, the sound would eventually stop and Mae would usually distract herself with something else, keeping her distance from the drugs. But this time around, the sound doesn’t stop until the credits start. It only means that Mae has a tougher fight to fight. But, at least she has George to carry her through.