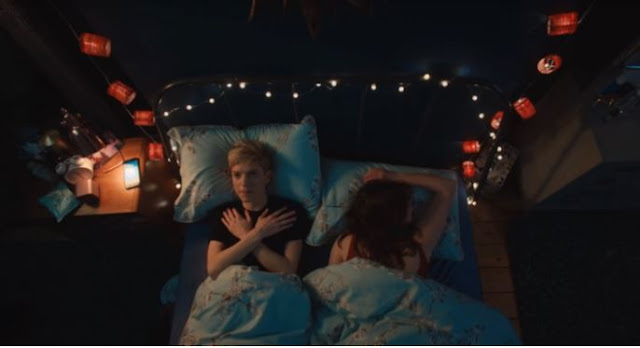 DISCOVER ALL THE INFOS CONCERNING FEEL-GOOD SEASON 2 ON NETFLIX! DATE AND TIME OF RELEASE.

Feel Good is available on Netflix! If you want to know all about Season 2, read on! Mae Martin and Charlotte Ritchie are back for a new season of the comedy-drama Feel Good, which will be available for binge-watching on Netflix next month. Arguably the first episode of the series made a strong impression last year, receiving rave reviews and earning Mae Martin a prestigious BAFTA nomination for her performance. Check out the full explanation of the ending for the first season here.

Fans are hoping for such a strong sequel, especially as these six remaining episodes will end the love affair between Mae and George. Feel Good also includes Lisa Kudrow, Philip Burgers, and Adrian Lukis, in addition to Martin and Richie. Some of the new cast joining the show’s second season include Anthony Head, Jordan Stephens, John Ross Bowie, Eleanor Matsuura, and Eve. Martin, who is co-writing the series alongside Joe Hampson, is also a producer with the latter as well as Charlotte Lewis, Kelly McGolpin, and Ben Farrell. Discover all the info about Season 2 of Feel Good on Netflix!

WHAT IS THE RELEASE DATE AND TIME FOR FEEL-GOOD SEASON 2 ON NETFLIX?

The wait is not very long for fans of the series! The Feel Good Season 2 release date has been set for June 4 on Netflix! For the more impatient who want to binge-watch the series. The release time of Season 2 of Feel Good has been set at 9:01 am on Netflix being an Originals series!

According to the new trailer, Mae and her relationship with George are going to experience many more ups and downs before they return to a place of reconciliation. Meanwhile, Mae struggles to cope with her recent breakup and begins to reflect on her own gender identity and how she wishes to be viewed.

The official synopsis tells us that Mae and George’s complicated love story continues as Mae struggles to confront the ghosts of her past and George attempts to reinvent his present. Can they grow up together or will they go their separate ways?