Google Pixel 5a: towards commercialization this summer 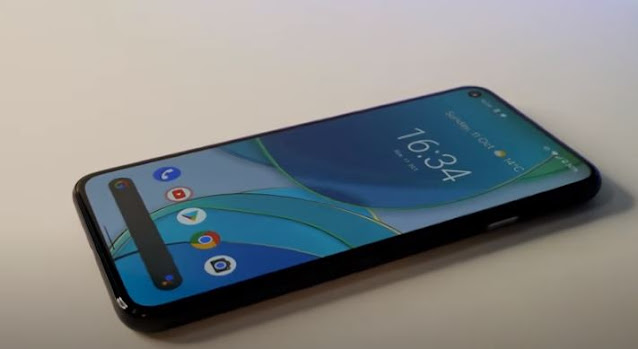 Confirmed by Google for months, the Google Pixel 5a smartphone has still not shown itself. It looks like it can be officially unveiled for August. Based on the leaks, it looks like the Pixel 5a will be very similar to the Pixel 4a 5G and Pixel 5.

Known for months, the Google Pixel 5a smartphone has yet to officially show off. Looks like it’s coming soon. Indeed, the smartphone could land this summer, accompanied by Android 12.

Towards an exit in August….

Google had already confirmed the Pixel 5a by adding that it would be released by the launch of the a-series smartphone last year. “

According to Bloomberg journalist Mark Gurman, pixel 5a will indeed be announced and published in August 2021. A date that seems to correspond to what Google has been able to do previously, especially with pixel 4a. Indeed, the release of pixel 4a had been postponed in August because of COVID-19, and releasing pixel 5a would have reduced the lifespan of its predecessor.

In addition, a release in August would allow Google to launch the pixel 5a almost at the same time as Android 12. The new version of Android will bring many features, improved privacy and security, a visual overhaul, a one-handed fashion, and much more.

However, if a release in August seems very likely, the Pixel 5a should only be released in the US and Japan.

The Google Pixel 5a would look a lot like its predecessors

Lots of leaks about Google’s next pixel have surfaced. And if we are to believe the latter, the pixel 5a looks a lot, if not too much, to its predecessor, the pixel 4a.

Indeed, pixel 5a should take the same design, rounded shapes, fingerprint sensor on the back, square photo block accommodating two lenses, and even the 6.2-inch diagonal of the screen.

More so, Dylan Roussel of 9to5Google discovered while digging through Android 12 code references to the Qualcomm Snapdragon 765G chip. The same chip was used for pixel 5 and 4a 5G.

For now, we still have to wait a few weeks before we can officially discover this Pixel 5a, which should therefore be unveiled in August.