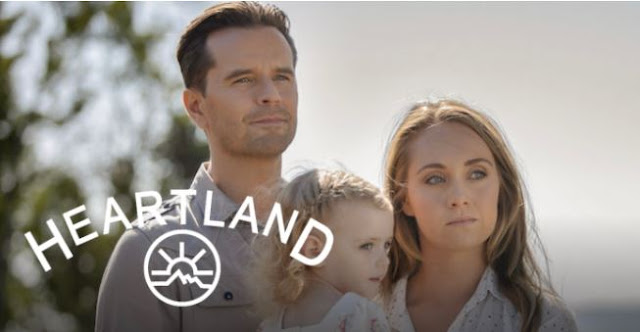 DISCOVER ALL THE NEWS ABOUT HEARTLAND SEASON 14 ON NETFLIX! RELEASE DATE, RENEWAL, AND MORE.

Heartland is available on Netflix! If you want to know when Season 14 will be released, read on! After an excruciatingly long wait, most countries around the world can now watch Heartland seasons 1 through 13 on Netflix, with season 14 set to premiere in Canada soon.

The drama series is based on the books by Lauren Brooke. It follows the story of a family ranch in Alberta and the trials and tribulations that come with running a ranch. If you want to know everything about the release of Season 14 of Heartland on Netflix, we tell you everything!

WHAT IS THE RELEASE DATE FOR SEASON 14 OF HEARTLAND ON NETFLIX?

Heartland was renewed in May 2020 for Season 14 but didn’t start airing in Canada on CBC and CBC Gem until January 10, 2021, with 10 episodes planned. This led to it ending in April 2021. Regarding the release date of Season 14 of Heartland on Netflix, no official release date has been made. The most likely option would be to see the Heartland Season 14 release date set for mid-2022 on Netflix!

At the end of the series, Amy and Ty will receive some unexpected news from Luke. We will also know how the family sticks together in difficult times. In Season 14 of Heartland, we’ll see how Amy does her best at her horse healing work. In return, Amy feels warmth when surrounded by horses and it seems they heal Amy as well.
Lou’s first term as mayor will not be without events as Hudson will fall prey to a great catastrophe. Amy’s struggle will intensify and she will find herself in a peril that will change her life in the coming season.