His Dark Materials season 3: filming has started with new actors in the cast! 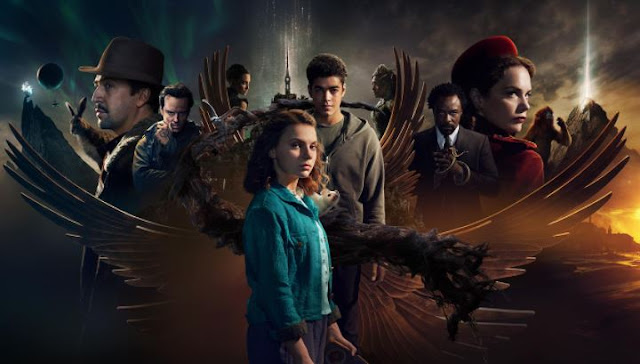 Filming for season 3 of His Dark Materials: At the Crossroads of Worlds has officially started. Lost star Adewale Akinnuoye-Agbaje and several other familiar faces have joined the cast.

Production of Season 3 of His Dark Materials has officially started, with the announcement of several new cast members. Based on the acclaimed novels by Philip Pullman, the saga was adapted for television by the BBC in collaboration with HBO.

First shown in 2019, His Dark Materials centered on Lyra Belacqua, a young girl from a world in which souls manifest as animals outside the body. Charged with a great destiny, she ventures into various parallel worlds and crosses paths with a boy with a similar destiny named Will Parry. With the stakes rising at the end of Season 2 of His Dark Materials, the series was quickly selected for the third season. His Dark Materials: At the Crossroads of Worlds is available to stream on OCS.

In a new press release from HBO / BBC, we learn that production has started in Wales and England. Season 3 of the His Dark Materials series will adapt the third and final book of Philip Pullman’s original trilogy: The Mirror of Amber.

The official slogan for Season 3 of His Dark Materials reads: “Season 3 will see Will, the bearer of the subtle knife, and Lyra, the prophesied child, travel through multiple worlds to find and protect each other. “

The directors of the episodes will notably be Amit Gupta, Charles Martin, and Weronika Tofilska. Showrunner Jack Thorne will be back in writing alongside several other people. Although it is one of the TV series that will end in 2021, Season 3 of His Dark Materials will undoubtedly end in a sublime way.