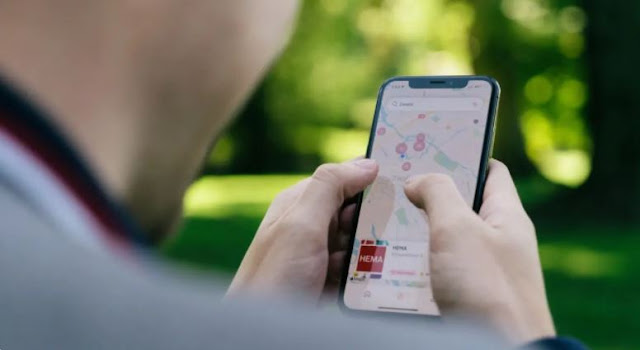 The iOS 15 update brings a significant improvement to Apple Plans with a move to an ultra-detailed 3D view. However, not everyone will be able to take advantage of it, at least for now.

With many improvements over time and despite a rocky start, Apple Maps continues to make changes to its navigation service and remains the only one capable of competing with giant Google Maps.

With the famous iOS 15 updates, Apple Maps is gaining considerably in detail, notably thanks to a switch to 3D. A representation of buildings as roads makes it possible to really realize the height of a place and to better identify the roads, especially at crossings.

A level of detail that goes as far as representing pedestrian crossings, bus, and tram tracks. This may help you locate the nearest gas stations. Unsurprisingly, this switch to a 3D view is one of the most important novelties. This change makes Apple Maps a more immersive navigation app than it used to be.

Although significant improvements are observable, they should not all happen everywhere at the same time. Thus, metropolises and large cities should be favored from the start. In its emulation with Google Maps, Apple Plans chooses to follow what has already been done with its competitor by adding a particularly neat night mode.

A “public transport” mode for pedestrians

This new Apple Maps mode, dedicated to pedestrians, allows you to take into account the various possible changes on your journeys. In addition, a notification will be sent to you when you need to get off your transport. Many new functions aim to improve the daily life of users.

The latter will be available by the end of the year in the United States, United Kingdom, Ireland, Canada, Spain, Portugal, Italy, and Australia, unfortunately, this new version of the Apple Plans should not see the light of day anytime soon in France.

If the changes to Apple Plans brought by the iOS 15 update appear complete we could hope to see other improvements in the future such as a feature that would calculate the most fuel-efficient trip allowing its users to reduce their fuel consumption. environmental impact, like what its competitor Google Maps will launch.