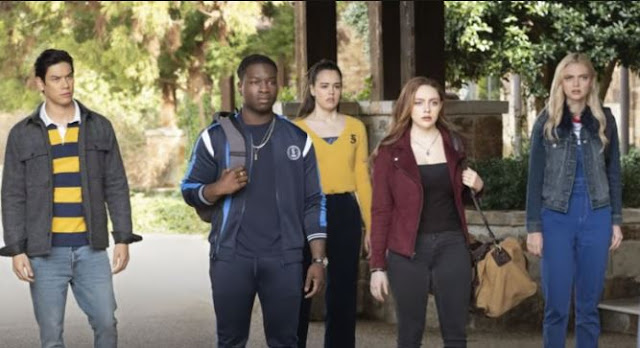 DISCOVER ALL THE INFOS CONCERNING SEASON 4 OF LEGACIES! RELEASE DATE, RENEWAL, AND MORE.

Legacies are available on The CW and streaming sites! If you want to know all about the Season 4 release, read on! Legacies has proven itself to be a suitable continuation of The Vampire Diaries and The Originals’ established worlds in its first three seasons. forging its path while paying homage to characters who came before it.

Ultimately, the series is much lighter than any of the previous vampire-centric series. Which is wanted by executive producer Brett Matthews. With the real world heavier than ever, Legacies has become the perfect escape for viewers, especially those who enjoy stories full of supernatural shenanigans. If you want to know more about the sequel, we tell you all about the release of Season 4 of Legacies!

WHAT RELEASE DATE FOR LEGACIES SEASON 4?

The third season aired in late January 2021, and a few weeks later, in early February 2021, The CW announced it was renewing Legacies for a Season 4. Legacies audiences have seen their ups and downs in recent seasons.

Still, the CW seems to be more lenient with the series, given that Legacies seasons 2 and 3 were disrupted by the pandemic, and gave the green light to Legacies season 4 at the start of season 3. Season 4 date of Legacies has been set for October 14, 2021, on The CW!

WHAT CAN WE EXPECT FROM THE CONTINUATION OF THE SERIES?

The Legacies Season 3 finale set up several storylines for Season 4, one of them being whether or not Hope will have to die to truly become the Tribrid. Cléo, finding a way out of Malivore, will certainly be a major intrigue.

When it comes to romantic relationships, next season could finally resolve the issue of the dynamic between Lizzie and MG since Season 1, or Ethan could complicate matters further. And finally, the biggest question Legacies season 4 will have to answer: What happened to the real Landon and if he’s still alive, will Landon and Hope rekindle their relationship?