Lupin Season 2: Explanation of the end! What fate for Pellegrini? 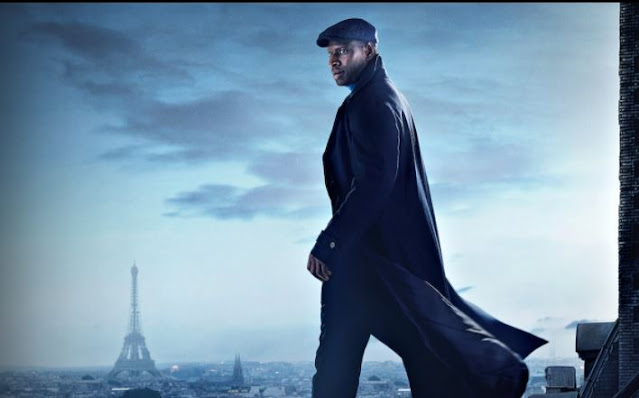 CHECK OUT THE LUPIN PART 2 END EXPLANATION ON NETFLIX! PELLEGRINI, THE NECKLACE.

Lupin is available on Netflix! If you want to know the explanation for the end of Season 2, read on! The French favorite thief gentleman is about to return to service! Lupin Part 2 will be streaming on Netflix soon. To get the ArsèneLupin book, click here. The spectators will find Assane Diop, a character worthy of Robin Hood who is inspired by the classic French character Arsène Lupin.

In Season 1 of Lupin, we saw Assane don various disguises and put on some super cool scams. His ultimate goal? Avenge her immigrant father, who was tricked by his wealthy employer and committed suicide in prison. To learn all about the release of Part 3, read this.

The first Season of Lupin ends on a cliffhanger for Assane. As he gets closer to the truth about who in the Pellegrini family set his father up, Hubert Pellegrini realizes he is being hunted. Hubert sends his henchmen in pursuit of Assane. The first installment of Lupin ends with the kidnapping of Raoul, Assane’s son, and the confrontation of a young investigator with Assane on behalf of “Lupin”. For the explanation of the ending of Lupin Season 2, read on!

EXPLANATION OF THE END OF SEASON 2 OF LUPIN!

In a final worth of the name, Assane finally manages to extract a confession from Hubert. While Hubert believes he will win, Assane is one step ahead of him. It turns out that accountant Courbet is a Lupin emo-punk fan that Ben and Assane met in a library. So, while Hubert thinks that the money is transferred to his account, Assane makes sure that the money from the fundraiser arrives in the Foundation’s account.

Assane breaks into the building in a trunk and surprises Hubert, who confesses under pressure to having trapped Assane’s father, as well as his involvement in Raoul’s kidnapping and Leonardo’s death. After revealing Hubert’s true face to donors, Assane hands the recording over to Guidera. At the end of Season 2 of Lupin, the police have enough evidence to take Hubert and Dumont into custody. The master of deception and daring escapades manages to bring justice to his late father, and his fight seems to be over.

But he remains a criminal in the eyes of the police. Assane finds Claire and Raoul on the bridge and tells them that everything is over. However, he admits that Claire is right, that he’s causing too much trouble and everything revolves around him, so he’s going to be gone for a while. Claire is heartbroken; she can’t bear losing him. Assane promises him that he will come back. The police arrive and Assane flees.

Presumably, Assane will go into hiding until things calm down and the police deal with the evidence appropriately. After all, he is technically innocent of the crimes he is accused of.

With the arrest of Hubert Pellegrini and his accomplice Dumont, it seems the saga is finally over. But Hubert has deep ties to the government, and he might be able to pull through this time again. The elites still have a way out, it seems. To know the final fate of Hubert Pellegrini, we will have to wait until the next season.

The necklace Assane steals is a duplicate, and following Assane’s suggestion, Hubert Pellegrini had a fake necklace in his possession. It is not known where the real necklace is. However, in an episode after Assane was declared a fugitive in the media. Benjamin runs away from his shop following Assane’s advice. Before leaving, he retrieves a necklace from the locker, and the necklace looks identical to Marie-Antoinette’s. Maybe we will know more about the latter!