MacBook Pro: Apple is on track to release this summer 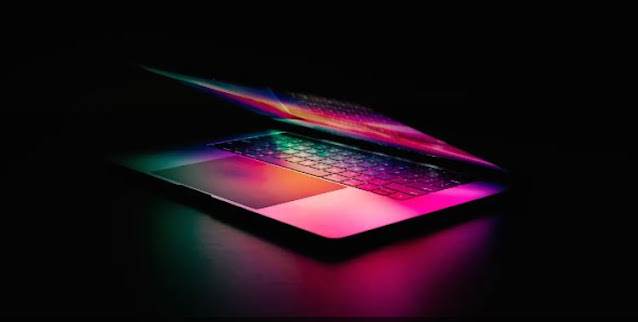 Apple’s new MacBook Pro could well be released this summer. If he is still on the right track for a potential summer release, nothing is certain yet and we could also expect a release in October. The new MacBook Pro will be equipped with some very interesting new features.

Already last May, in a Bloomberg report, we learned that Apple would consider releasing a new MacBook Pro for this summer. This still appears to be the case, the project would be on track to be released as early as this summer as the report indicated.

The new MacBook Pro is expected to unveil many new features. Here’s what Bloomberg previously reported:

“Apple is preparing two distinct processors for the next MacBook Pro, dubbed Jade C-Chop and Jade C-Die: both feature eight high-performance cores and two energy-efficient cores for a total of ten, but will be available in 16 or 32. basic graphic versions.”

In the same report, we can also read that “high-performance cores come in for more complex tasks, while energy-efficient cores operate at slower speeds for more basic needs like web browsing, preserving the battery life. The new processors differ from the M1, which in the current 13-inch MacBook Pro has four high-performance cores, four power-efficient cores, and eight graphics cores.

To summarize, the new MacBook Pro would therefore be equipped with eight high-performance cores and two high-efficiency cores, available in 16 or 32 variants of graphics cores.

In addition, Apple’s new PC is expected to come with an HDMI port as well as an SD card slot. Another good news is that MagSafe technology should also make a comeback when it comes to recharging.

A summer outing is always possible but …

If you are looking forward to the new MacBook Pro, you will have to wait a while. Indeed, according to Mark Gurman, a release in the next few weeks is not on the cards. However, the summer lasts until mid-September, a summer outing is still possible.

“With Apple’s focus on the autumn season, the following several weeks are expected to be quiet on product news. We’re about three months away from going on sale for the next iPhone and Apple Watch models, as well as the iOS 15, iPad 15, and watchOS 8 releases. Apple has a new entry-level iPad for them. Later this year, there will be a new MacBook Pro and iPad mini for students, as well as an updated MacBook Pro and iPad mini.