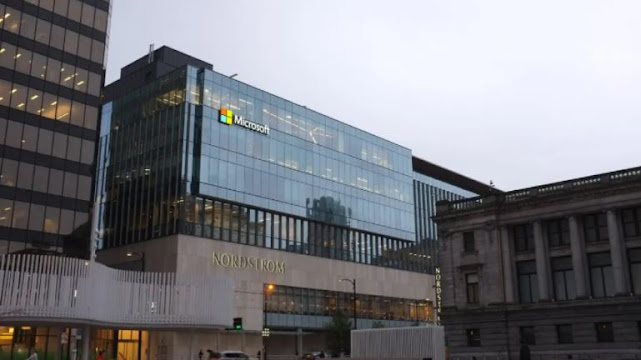 Microsoft is fighting neck and neck with Apple, notably with an impressive increase in its valuation to 2,000 billion dollars against 1,000 billion twenty years ago.

Microsoft has just joined the closed club of companies valued at more than $ 2 trillion. According to the media Gizmodo, the Redmond firm is the second company to reach this symbolic bar, behind the Cupertino firm.

The second US company to reach $ 2,000 in market capitalization

20 years and 2 months after achieving a market capitalization of $ 1,000 billion, Microsoft has just passed the $ 2,000 mark. It took Apple two years to reach that amount. It should be noted that Microsoft’s performance far exceeds analysis forecasts.

During the coronavirus pandemic, tech giants have reached record levels, including Microsoft, Amazon, and Apple.

“With a workforce expected to focus heavily on telecommuting, we believe the move to the cloud is just beginning to take its next step of global growth,” said Van Ives, Wedbush analyst.”We believe this favors Redmond’s cloud backbone disproportionately, as Nadella & Co are very well positioned in their core business to further deploy Azure / Office 365 as the cloud’s backbone and arteries.”

As a reminder, the firm headed by Tim Cook is valued today at $ 2,240 billion. It is followed by Amazon and Alphabet, with respectively 1,770 billion and 1,670 billion dollars of market capitalization.