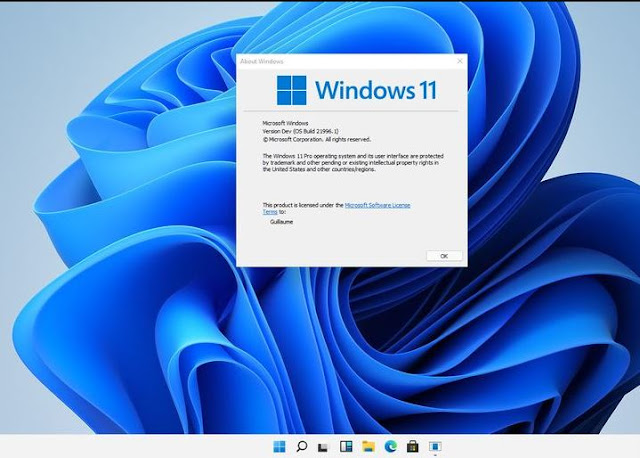 During its Windows 11 presentation conference, Microsoft unveiled the new design of its operating system as well as its main features.

Windows 11 provides users with Snap Layouts and Snap Groups, which improve multitasking by arranging different applications on the screen. With one click, the user can retrieve the windows displayed on their desktop computer directly on the laptop.

Windows 11 also introduces an information widget panel to its operating system. The user can arrange them according to his interests. This is a feature that may appeal to content editors.

Windows 11 is also making gamers happy by introducing a high-definition streaming feature to the OS. This applies to all games in the marketplace. To speed up the speed of games, Microsoft has also developed Direct Storage technology.

Finally, Microsoft is adding Android applications to PCs that will run Windows 11. Note that the company has indicated that there are 35 million applications that are compatible with the operating system.

Windows 11 has just put Microsoft Teams in the taskbar.”Now you can quickly connect with all of your contacts through text, chat, audio, or video from anywhere, on any platform or device, using Windows, Android, or iOS,” says the company., explains Microsoft.

“Not only will we provide you more apps than ever, but we’ll also make all content – apps, programs, games, and movies – easier to find and explore through curated stories and collections,” says the company. says company. says Microsoft.

Windows updates are going to be smaller and faster, which is sure to appeal to a lot of people.

Note that the list of features cited is not exhaustive.