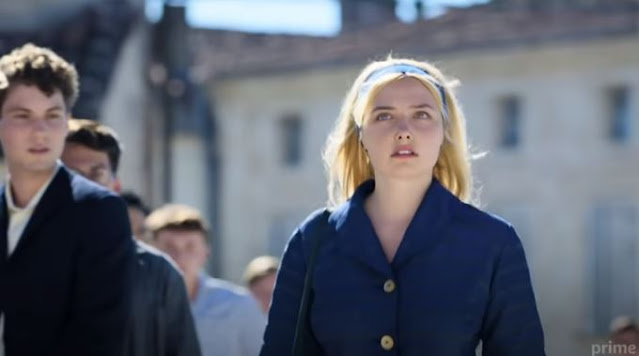 Mixte is available on Amazon Prime Video! If you want to know all the info about the release of Season 2! Three years after the Deutsch-les-Landes flop, Amazon Prime Video launched its second French house creation. Mixte is an original period comedy, set in the France of the 1960s, at the time of the opening of high schools to coeducation.

The official synopsis of the series tells us: “In September 1963, the Lycée Voltaire became Mixte and welcomed girls for the first time in its history: it was the start of a new era. They total 11 for a hundred lads, which is a true revolution. action in a high school, place of hormonal boiling par excellence! The mix sheds a different light on very current themes. Adults and adolescents will seek each other, sometimes find each other, and learn to live together in the daily life of this school at the dawn of May 68. ”If you have finished the first season, we tell you everything about the release of Season 2 of Mixte on Amazon Prime Video!

WHAT RELEASE DATE FOR SEASON 2 OF MIXTE ON AMAZON PRIME VIDEO?

The series was released twice. Two series of 4 episodes on June 14 and 21, 2021! Currently, no renewal announcements have been made for Season 2 of Mixte. The directors, on the other hand, want to prolong the adventure and even extend it until May 1968! As a result, there’s a high probability the show will return shortly. Considering all of these elements, we can assume that the Mixte Season 2 release date could arrive in the summer of 2022 on Amazon Prime Video!

WHO IS AT THE MIXTE CASTING ON AMAZON PRIME VIDEO?

Marie Roussin is the showrunner and the creator, while the first episodes were directed by Alexandre Castagnetti and the last 4 by Edouard Salier.