Mortel Season 1: Explanation of the ending in detail! 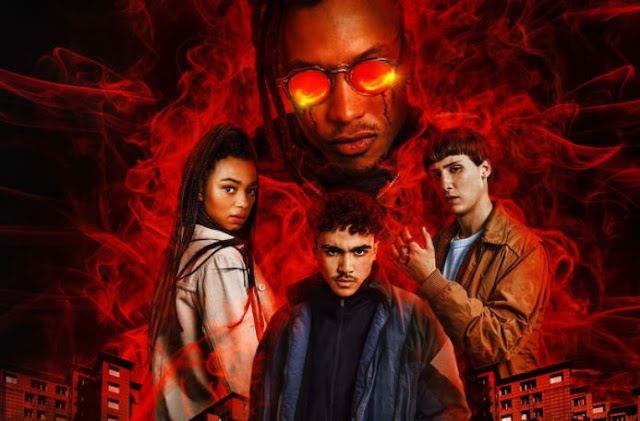 Mortel is available on Netflix! If you want to know the explanation for the end of Season 1, read on! The masked murderer is going to have a big surprise because Obé saves Sofiane’s life and gives himself up to the killer. Astonished by the gesture, the killer lets himself be fooled by Obé’s act and unfortunately for him, there is no transfer of power. Obé might be dead by now. Living in the Mortel world killed it bit by bit, because it burns from the inside out, literally. To learn all about the Season 2 release, read this.

Victor is currently in the hospital with Laurine and Audrey. Laurine is the first victim of all these evil actions. By revealing that Reda had drugged her, she becomes fully aware that she was a communication vessel between Mortels and the dead. Terrified of finding the perpetrator in her own home, she plunges to death from her window. She is aware of the assailant, but she is now in a coma. We tell you all about the end of Season 1 of Mortel on Netflix!

WHO WAS UNDER THE MASK?

The masked killer was exposed as Hervé, one of Elizabeth’s patients. Luisa’s grandmother, a voodoo practitioner, had utilized her abilities to heal him when he was diagnosed with cancer. But she admitted that she performed too many rituals on him, leaving him vulnerable to the energies, hence the need to exorcise him at the start of the series.

Hervé had performed ritual killings for Obé after agreeing with the god. We never knew what the killer wanted, but Obé taunted him with the word “Mortel” suggesting that Hervé wanted some form of supernatural ability.

Sofiane and Victor teamed up to attempt to kill Hervé using their powers, but it was Luisa who put an end to his actions. The two had been warned about the dangers of their talents, and a more boost might have killed them.

As the episodes progress, the god gradually weakens, the time spent in the Mortel world and the cold and empty in-between draining his energy and burning him from within. He needed Sofiane to murder to recover the murdered soul and return to his domain. But Sofiane did not obey his orders. Eventually, Luisa managed to trap Obé in the Mortel world and the god was defeated, turning to dust

An old friend visits Luisa’s grandmother and talks to her about the signs and asks her if he can count on Luisa, who walks into the room and confirms that she does. It looks like Luisa is part of a certain Charmed company.

Victor tells Sofiane that his family is sending him back to a mental hospital and Sofiane wonders why he allows his family to do such an act. Luisa is devastated by Victor’s departure when he informs her of the terrible news. In return, Victor shows her a vision of their future, in which they make love. They latch onto each other during this sight, then she has an orgasm in the middle of the school hallway. No one is flinching.

Sofiane improves her connection with her parents towards the end of The Puppets’ Tears. Someone rings the doorbell of his house. When he answers, it’s his brother Reda. Why not after all.