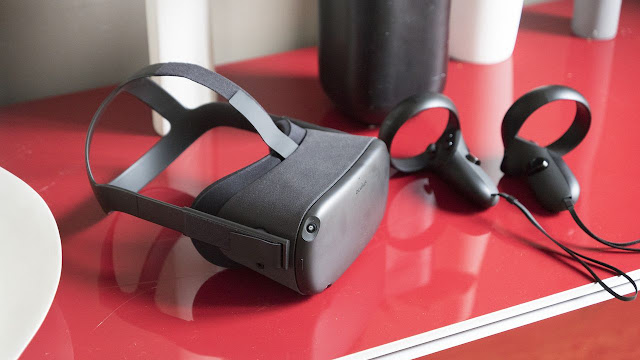 The Oculus Quest V30 is talking about it. Moreover, Mark Zuckerberg, the CEO of the social network Facebook has brought new very interesting elements.

The updates put in place by Oculus Quest are always awaited by fans. For v30, the boss of Facebook has revealed several information about the Oculus Quest 1 and 2. Let’s discover them together!

On his Facebook account, Mark Zuckerberg shared a post about the v30 update for the Oculus Quest. “The new v30 update approaching on our Oculus Quest will expand the Infinite Office and facilitate multitasking,” read the profile of the boss of Facebook.

On the post, Mark posted a video demonstration of the update, where he opens several apps side by side. This feature has been eagerly awaited by users.

The video shared by Zuckerberg reveals another feature. This is the appearance of open apps in the launch bar, which is similar to what Windows offers.

In addition, analysts indicate that Android apps should arrive soon in the Oculus Quest ecosystem, including through a dedicated store. This virtual ecosystem will allow users to virtualize the office location, natively manipulate virtual elements, track keyboards, and notifications, etc.

It’s time to imagine yourself manipulating this ecosystem!

Zuckerberg is also announcing the official arrival of Air Link on Oculus Quest 1. This feature will no doubt appeal to a lot of people.

Integrating Air Link isn’t easy right now, but it will happen in the next few days or weeks. Patience and the best of quality! To correctly handle Oculus Link and Air Link, do not hesitate to take a look at the tutorials available online on the various websites.