Pirates of the Caribbean 6: Release date, story, cast and more. 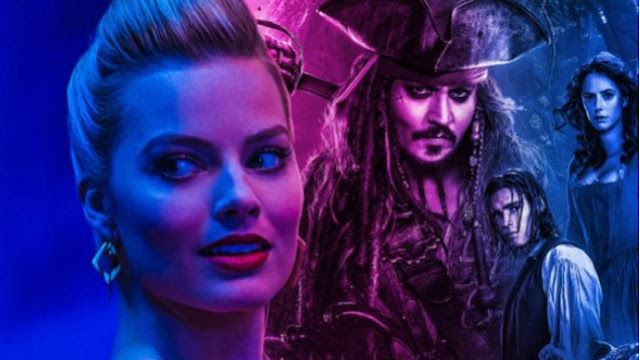 Pirates of the Caribbean 6

DISCOVER ALL THE NEWS CONCERNING THE RELEASE OF THE PIRATES OF THE CARIBBEAN 6 MOVIES! RELEASE DATE, MARGOT ROBBIE, JOHNNY DEPP, STORY.

Now there is a mysterious Pirates of the Caribbean 6 on the horizon. In October 2018, it was reported that Deadpool writers Rhett Reese and Paul Wernick would be writing a screenplay for a Pirates reboot. But a year later, after their departure, Disney had hired Craig Mazin, famous for Chernobyl, and Ted Elliott the screenwriter of Pirates 1 to 4 to write the movie for them. Speculation and rumors have suggested the new movie will be a smooth reboot for the franchise. We tell you all about the release of Pirates of the Caribbean 6!

WHAT RELEASE DATE FOR PIRATES OF THE CARIBBEAN 6?

A 3-4 year wait between Pirates of the Caribbean movies was the norm. Considering that Bruckheimer hinted that the script would be over soon. The project may have been on the verge of filming before the COVID-19 pandemic disrupted production schedules. Taking all of this into account, it seems likely that the Pirates of the Caribbean 6 release date will be set for summer 2023.

WHAT WILL THE STORY OF THE MOVIE BE?

The creators were silent on the details, but rumors circulated that Disney wanted a female-centric story. In June 2020, it was announced that a reboot movie was in the works for Pirates of the Caribbean, starring Margot Robbie. The Harley Quinn star will be joined by screenwriter Christina Hodson after the two worked together on Birds of Prey.

Likewise, Christina Hodson worked on another blockbuster that reinvigorated the Transformers franchise: Bumblebee. As with Pirates of the Caribbean 6, fans weren’t told the story or the movie’s release date, but it does prove that the Pirates franchise still has a bright future ahead of it.

The casting of Pirates of the Caribbean 6 has been a source of speculation, and the big question of Johnny Depp’s role remains unanswered. In the past, a Pirates movie without Jack Sparrow seemed as unlikely as Marvel Studios’ revamp of the role of Tony Stark. However, over the years, the critical and national appeal of the franchise has waned along with Depp’s reputation. For now, there are signs that Captain Jack Sparrow will play a minor role if he has a role at least.

Meanwhile, actress Kaya Scodelario has revealed that she is under contract for another movie and that she would be interested in a comeback. Bill Nighy has also expressed a desire to play iconic villain Davy Jones again. Another former cast member happy to appear in another movie is Lee Arenberg, who played pirate Pintel. Stars Keira Knightley and Orlando Bloom have yet to express interest after their reduced presence in the show’s final episodes.