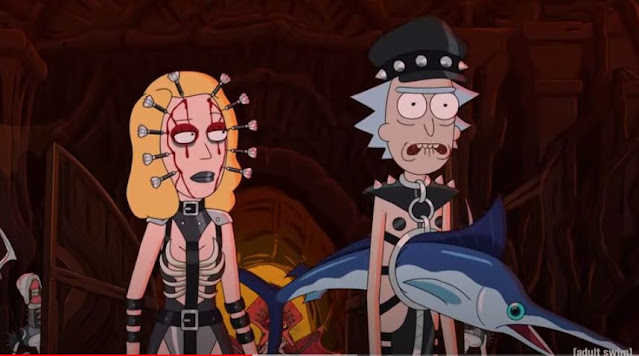 DISCOVER ALL THE NEWS ABOUT THE RELEASE OF EPISODE 2 OF SEASON 5 OF RICK & MORTY! DATE AND TIME OF RELEASE.

Rick & Morty is available on Netflix! If you have any questions regarding the release of Episode 2 of Season 5, read on! The first episode of Season 5 of Rick and Morty was titled “Mort Dinner, Rick Andre”. In this episode, we saw Rick trying to impress Mr. Nimbus, a fish-like anthromorph who wants to control all beings. Morty, on the other hand, wants to spend their date night with Jessica. To find out when Season 5 will be released on Netflix, read this.

However, if you’re familiar with the show, you know things don’t turn out exactly the way Rick and Morty planned. Honestly, every moment of Episode 1 was nothing short of spectacular, and it raised the stakes for episodes to come. Now that you’ve finished watching the first episode, you might want to know when Rick & Morty Season 5 Episode 2 will be released, we’ve told you everything!

WHAT IS THE RELEASE DATE AND TIME FOR RICK & MORTY EPISODE 2 OF SEASON 5?

Rick and Morty Season 5 Episode 2 is titled “Mortyplicity”, a reference to the cult science fiction movie “Multiplicity”. The film tells the story of a man who clones himself in order to be able to better manage his personal and professional life. However, the clones only make matters worse. The plot of the film is eerily similar to Beth’s in the final season, which means the new episode will pick up on the threads of that arc.

Season 5 Episode 2 is expected to mark Space Beth’s return. The Galactic Federation could also return to threaten Rick and the Smith family. As a result, Rick and the Smiths will be forced to flee for protection. Rick might have to make a tough decision to protect his family from the Galactic Federation. It’s possible that we get a glimpse of the real Beth. However, Rick might end up making matters worse by trying to find out which Beth is real.