Sarah Shahi: Is she in a relationship with Adam Demos?

by Khaled H-B
in Series
6 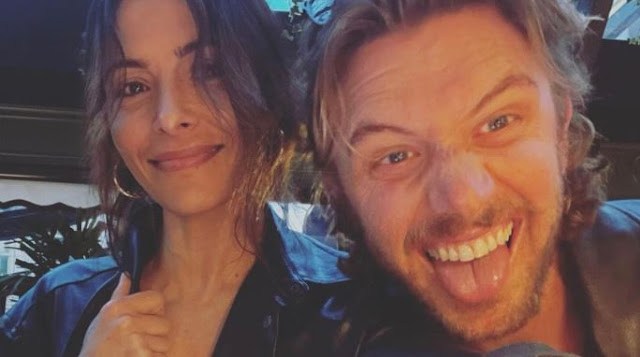 FIND OUT WITH WHOM SARAH SHADI THE SEX / LIFE ACTRESS IS A COUPLE!

Sex / Life is available on Netflix! If you want to know who actress Sarah Shadi is dating, read on! Netflix’s hot new relationship drama Sex / Life doesn’t skimp on sex or nudity. There are plenty of sex scenes, a ton of nudity, and at least one sex party between Fidelio and Martha Stewart in the suburbs.

Sex / Life follows the tumultuous love triangle between a bored housewife Billie (Sarah Shahi), a yuppie husband, Cooper (Mike Vogel), and the bad boy owner of a music label from his past, Brad. (Adam Demos). Before continuing, if you want to know all about the release of the second season, read this.

WHO IS SARAH SHADI IN A COUPLE WITH?

Sarah Shahi is in a relationship with her “Sex / Life” co-star, Adam Demos. The two met during the production of the series and got together during the filming of Season 1, between August and December 2020. Although they did not begin to appear together in public until after filming was finished in December, Adam and Sarah both described the ups and downs of a relationship with a co-star.

Considering that their characters share a volatile and highly sexual relationship onscreen, the two actors admitted that it may have added to their chemistry on the show. There were also days when scenes involving the character of Adam which was particularly hurtful to Sarah’s were filmed, which was not easy for the two actors once they started dating.

Sarah Shadi’s recent divorce has also helped her identify with the character of Billie, whom she plays in “Sex / Life.” Billie is a housewife, mother of two, whose idyllic married life takes a turn for the worse when her handsome and enigmatic ex-boyfriend Brad (Adam) returns to her life. Most of the thoughts and questions Sarah had asked herself during her separation, she finds in the series.

The relationship between Adam Demos and Sarah Shadi has been quite a whirlwind, with the two seen in different locations on vacation, which is understandable given the former’s love of travel. At the moment, it is not yet clear where the couple will settle. Sarah, who is originally from Texas, lives in Los Angeles, while Adam is known to divide his time between the United States and his native Australia.

Good site you’ve got here.. It’s hard to find high quality writing like yours these days.

Good web site you have got here.. It’s difficult to find good quality writing like yours nowadays.
I honestly appreciate people like you! Take care!!

Hi there, this weekend is good designed for me, since this point
in time i am reading this great informative paragraph here at my residence.

Hello, I enjoy reading all of your article. I like to write a little comment to support you.

I used to be able to find good advice from your blog articles.

This website uses cookies to improve your experience while you navigate through the website. Out of these, the cookies that are categorized as necessary are stored on your browser as they are essential for the working of basic functionalities of the website. We also use third-party cookies that help us analyze and understand how you use this website. These cookies will be stored in your browser only with your consent. You also have the option to opt-out of these cookies. But opting out of some of these cookies may affect your browsing experience.
Necessary Always Enabled
Necessary cookies are absolutely essential for the website to function properly. These cookies ensure basic functionalities and security features of the website, anonymously.
Functional
Functional cookies help to perform certain functionalities like sharing the content of the website on social media platforms, collect feedbacks, and other third-party features.
Performance
Performance cookies are used to understand and analyze the key performance indexes of the website which helps in delivering a better user experience for the visitors.
Analytics
Analytical cookies are used to understand how visitors interact with the website. These cookies help provide information on metrics the number of visitors, bounce rate, traffic source, etc.
Advertisement
Advertisement cookies are used to provide visitors with relevant ads and marketing campaigns. These cookies track visitors across websites and collect information to provide customized ads.
Others
Other uncategorized cookies are those that are being analyzed and have not been classified into a category as yet.
SAVE & ACCEPT
wpDiscuz
6
0
Would love your thoughts, please comment.x
()
x
| Reply