Skylines: Explanation of the end of the Amazon Prime Video movie! 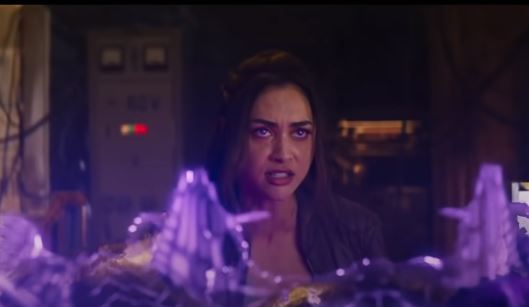 DISCOVER THE EXPLANATION OF THE END OF SKYLINES ON AMAZON PRIME VIDEO! RESCUE, RE-WORK, AND MORE.

Skylines are available on Amazon Prime Video! If you want to know the explanation for the ending, read on! Create the magic of the B-movie, because the “B” is now synonymous with “blockbuster”, with the visual effects-heavy show of fighting aliens and flying ships in space.

For all the generic sci-fi storyline that unfolds in the previous 105 minutes of Skylines, it’s the images of costumes falling apart, green screen sets, and disgruntled fight choreography at the end that show how to receive. this film: a passion project that wants to honor VFX artists like real heroes! If you have any questions regarding the end of Skylines, we’ll tell you all!

EXPLANATION OF THE END OF SKYLINES

Rose was born on a Reapers ship. After the death of her biological parents, Mark Corley, the protagonist of the second film, raised her. A brotherly bond formed between Rose and Mark’s son, Trent, who was turned into a pilot. After the war ends and Rose leaves, their relationship is strained, especially as Trent works with the people who pursue her.

However, as soon as she returns and reunites with her brother, their relationship reverts to its default, easygoing phase. With the little time she has left, she wants to make sure, more than anything, that her brother doesn’t turn into a soulless killer. She also sees the mission on Cobalt-1 as a way to redeem herself, not only for the deaths of Leon’s sister and other soldiers caught in the crossfire but also for the pilots inside the Reapers’ ships.

Radford released the virus among the Pilot population to peacefully euthanize them. Realizing that his genocidal plan ricocheted off base humans in a prime example of karmic justice, he decides to use the Armada’s mid-engine to take out the Pilots. This is the main hidden reason for the mission, known in its entirety only to Radford and Colonel Owens. After learning of the extent of Radford’s betrayal and his evil intentions, Rose manages to defeat him with the help of Trent, Leon, and Zhi.

Back on Earth, the looming danger comes from the prospect of the looming destruction of London by the Infected Pilots. Racing against time and protected by Kate and Huana, Dr. Mal develops a serum capable of reducing the effects of the virus. Ironically, this ancient tool of human destruction is used to protect both the Pilots and the Originals. Using the hard drive and the serum, Dr. Mal and Rose heal the infected pilots.

At the end of Skylines, Zhi announces to Rose and Trent that he has found a secret facility where Radford has imprisoned all of his enemies, including their father. At the end of Skylines as siblings Leon, Zhi, and Violet set off on a new path to find Mark. Given the resilience and determination of the siblings and the fact that they are surrounded by people who genuinely care about them, they will find their father again, although it may take a while. Mark disappeared without a trace shortly after Rose and was caught by Radford officers at some point.