Sweet Tooth Season 1: Explanation of the end! What next for our heroes? 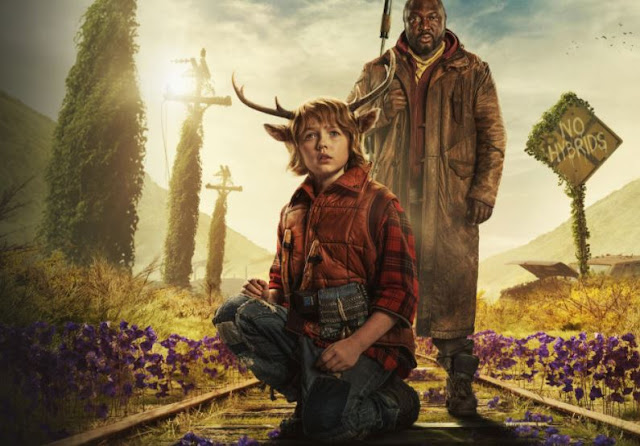 FIND THE END OF SWEET TOOTH SEASON 1 EXPLANATION ON NETFLIX!

Sweet Tooth is available on Netflix! If you want to know the explanation for the end of Season 1, read on! It’s hard to categorize Sweet Tooth into a particular genre. It features both sci-fi and fantasy elements, as well as mystery, drama, and action-adventure. Ultimately, it unfolds like a dystopian parable that doesn’t necessarily seek to teach us moral lessons but serves as a warning of a potentially bleak future. To find out when Season 2 will be released, read this.

The story takes place in America soon, when a deadly viral epidemic has killed most of mankind. Around the time the epidemic began, children with distinct animal characteristics began to be born. These children are known as hybrids. Some see them as the result of an unwanted mutation in the human genome. While others see the virus as nature’s revenge against humanity and hybrids as the next step in human evolution.

The story revolves around an incredibly optimistic, half-human, a half-deer boy named Gus. After the death of his father, he embarks on an astonishing journey across America to find the woman who is believed to be his mother. Check out the explanation for the end of Sweet Tooth Season 1 on Netflix!

THE ORIGINS OF SWEET TOOTH

It was Jepperd who gave Gus the nickname Sweet Tooth, due to his love for sweet things. Gus wishes to go to Colorado because Pubba told him his mother was there. His two companions, Jepperd and Bear, know there’s a good chance the woman they’re looking for is dead, but they can’t bring themselves to tell the young boy. They eventually arrive at the house where Birdie once lived. Birdie’s friend Judy is the current occupant of the house. With his help, the group learns surprising truths about Gus and his origins.

Gus’s age and his ability to speak have always fascinated those who met him. He is older than all other hybrids and can express his thoughts verbally. It is most likely the world’s first hybrid, developed artificially by Birdie in Fort Smith’s laboratories. Genetic Unit Series 1 is an acronym for his name. Part “1” probably indicates that he was always meant to be the first of his kind. When the military came to their search, they handed the boy over to Richard, a Fort Smith janitor, and his evening date. Reluctant at first, Richard took the boy to Yellowstone and became his Pubba.

Sweet Tooth Season 1 ends with Gus and Wendy held captive in Abbot and Aditya’s facility. Aditya, a devout Hindu who owns a statue of the elephant god Ganesh in his home, has long struggled with the idea of ​​what he must do to save his wife and mankind in general. By the time he is brought into the facility, he seems to have accepted this idea. But after seeing Gus, his faith seems to be invigorated.

He tells Johnny about the goddess of knowledge, Saraswathi. According to Aitareya Upanishad, she took on the appearance of a red deer. It’s the dichotomy between his faith and his love for his wife that will likely continue to shape his characters in the seasons to come. At the end of Season 1 of Sweet Tooth, Aditya spares Gus because he views the boy as a version of his idea of ​​divinity. Wendy, too, might be spared due to her ability to speak. But that does not mean that the experimentation will cease altogether.

Abbot and Aditya are both aware that another wave of the disease is coming. They know they have to find a permanent cure before it happens. There are other children in the facility, and they will be used for that. This will almost certainly continue until a cure is discovered or until Jepperd and Aimee arrive to save their children.

The ending of Sweet Tooth season 1 shows how lost our characters are, ironically, at the start of the series, they were probably less lost than they are now. The series ends in Alaska, a phone rings, and Birdie answers, Bear is on the other end of the line.

One wonders if this will be a lighter version of Planet of the Apes, where hybrids find their strength in community and solidarity and have no choice but to part ways with humans? It is obvious that history takes its time