The best LGBT series to watch on Netflix right now 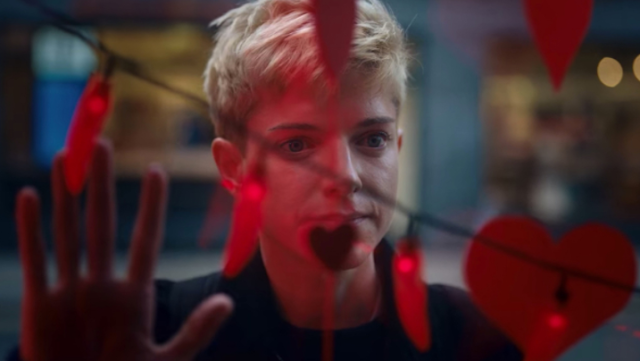 The representation of gays and lesbians in Hollywood has come a long way since the sitcom Will & Grace of the 1990s. Thanks to the creative freedom offered by Netflix, some of the best representations of LGBTQ characters can be found in the original series of the platform. streaming. Netflix has also picked up or rebooted several notable cable series, creating a vast collection of comedies and dramas for people who want to show some pride.

Netflix’s best LGBTQ series range from traditional sitcoms to sci-fi classics to coming-of-age stories. Many of them blend drama and comedy and allow gay characters to evolve in everyday life. Often, the LGBTQ characters in these shows are not defined just by their sexuality, but by their aspirations and pitfalls. The complex and well-rounded characters are a welcome addition to the portrayal of homosexuals onscreen, which is too often steeped in stereotypes.

In 2021, gay characters on screen are nothing new. Several of Netflix’s top LGBTQ series explore the often-overlooked stories of other gay people, examining same-sex relationships between women, the challenges of bisexual identification, and the gray areas of being transgender or non-binary. Other series focus on black and Latin American LGBTQ communities, featuring people whose experiences are very different from those of white LGBT people. The best series all have one thing in common: they don’t make any distinctions.

Dear White People by Justin Simien is not only a blunt commentary on racial politics, it is also a realistic take on the world of people who are discriminated against on multiple fronts. Based on Simien’s eponymous film (2014), this is one of the few series to include LGBTQ characters of color, show experiences other than white gay men, and Dear White People benefits from a soundtrack. impressive. Throughout the series, Lionel Higgins (DeRon Horton), a socially anxious school reporter, struggles to learn to live as a confident gay man. The series isn’t limited to just one LGBTQ character, however. Kelsey Phillips (Nia Jervier) is also portrayed as a gay woman making her way into the college dating world.

A surreal drama in the vein of HBO’s Euphoria (on OCS in France), Netflix’s Feel Good follows a lesbian comedian who begins a relationship with a woman new to gay relationships. In a classic TV trope, Mae (Mae Martin) struggles to date closeted George (Charlotte Ritchie). Another dimension is added to the Netflix series, however, when it is revealed that Mae is also a recovering heroin addict. The series, written by Martin, features a slew of little moments that ring too true – from video chats between Mae and her mother (Lisa Kudrow) to a shopping spree at IKEA. Feel Good is a short but enjoyable series to watch, with two seasons of six episodes.

Orange Is The New Black

Orange Is the New Black, the 2013 drama series that launched Netflix into mainstream audiences, is also one of the few TV series to feature a bisexual character. Although the series has spent years revolving around Piper’s sexuality, with many characters calling her “straight” or “lesbian” depending on her current relationship, the series eventually ditched the word “bisexual” in the last season of OITNB. The way people view Piper’s sexuality is a struggle that many bisexual people can relate to. Piper has serious relationships with both men and women, but most people want to lock her into inaccurate gender identity. In addition, Orange is the New Black is an award-winning series that has many fascinating characters.

Like many of the best TV shows representing the LGBTQ community, Sense8 is not about homosexuality. Rather, it is a sci-fi adventure featuring strong LGBTQ characters. The biggest concern of Nomi (Jamie Clayton), a transgender woman, and Amanita (Freema Agyeman), her cisgender partner, is not gender identity, but Nomi’s sudden psychic connection with seven strangers from around the world. . Still, seeing Nomi’s relationship onscreen is inspiring for those with similar experiences. Sense8 does not ignore or highlight Nomi’s sexuality but makes her past part of the story of deep empathy for others.

In one of the best queer scenes of the series, Nomi becomes psychically closer to Lito, a repressed gay man living in Mexico City, and the inclusion of LGBTQ characters continues in Season 2. Sense8 was created by the Wachowskis, two women. transgender, known for the historical sci-fi film The Matrix, as well as other classics in the genre like V for Vendetta, Cloud Atlas, and Jupiter: Destiny of the Universe. Following the cancellation of Sense8 in 2017, Lilly Wachowski embarked on a new series, Work in Progress, a Showtime comedy available in France on Canal +.