The Chi Season 4: The Disney Plus release date? 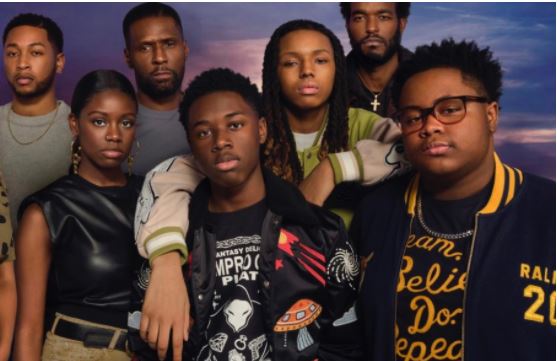 FIND ALL THE NEWS ABOUT THE CHI SEASON 4 RELEASE ON DISNEY PLUS! RELEASE DATE AND MORE.

The Chi is available on Disney Plus! If you want to know when Season 4 will be released, read on! Lena Waithe’s 2018 series The Chi first aired on Showtime. The pilot on South Chicago life benefited from the achievement of Rick Famuyiwa. Since its release in 2018, the drama series has released ten episodes per season and completed three seasons.

The Chi has been nominated for a few awards and won one of them in 2018. Fans have also given the show love and applause. In the South Chicago neighborhood, kids get ready for school while their parents leave for work, young adults try to make a living, and elders keep tabs on everything from their porches.

But in this difficult neighborhood, real dangers threaten daily to stifle dreams, and the simplest decisions can have life or death consequences. To learn all about The Chi Season 4, read on!

WHAT IS THE RELEASE DATE FOR SEASON 4 OF THE CHI ON DISNEY PLUS?

Good news for fans of the series, The Chi Season 4 release date has been set for May 23, 2021, on Showtime! For those who want to know when Season 4 of The Chi will be available on Disney Plus, it will probably be necessary to wait 1 year for the platform to broadcast seasons 2 and 3.

EXPLANATION OF THE END OF SEASON 3

In the Season 3 finale, Douda won his race for mayor against candidate Camille Hallaway. As we know, it is as corrupt as it gets. He intends to continue his drug dealing despite being the new city leader. He asked Trig to help him get the drugs around the streets. Trig was reluctant at first as he now has custody of Jake.

In season 4 of The Chi, we can expect to see Jacob Latimore, Alex Hibbert, Yolonda Ross, Shamon Brown Jr., and Michael V. Epps. But we will also have new faces in Season 4. Tabitha Brown and Jason Weaver are joining the series, while Curtiss Cook has become a regular on the series. Tabitha Brown will play Octavia, interior designer, while Jason Weaver will play Rahsaad “Shaad” Marshall, Trig’s old friend.