The Education of Fredrick Fitzell: Explanation of the end of the movie! 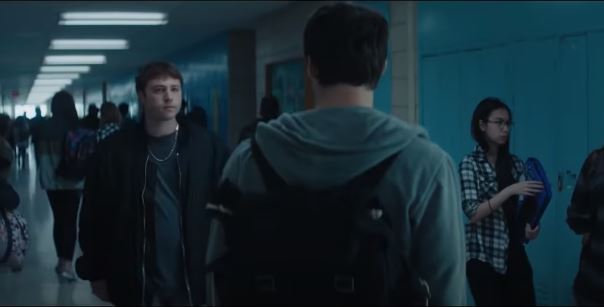 The Education of Fredrick Fitzell

WATCH THE END OF THE EDUCATION OF FREDRICK FITZELL EXPLANATION ON AMAZON PRIME VIDEO! FLASHBACK, CINDY.

Fredrick Fitzell’s Education is now available on Amazon Prime Video! If you want to know the explanation for the ending, read on! The story examines the life of an insane and unreliable protagonist, Fred, who tries to unravel the mystery of the disappearance of Cindy, his former sweetheart. This quest brings him closer to reality while at the same time moving it away from it and, in turn, he is plunged into a feverish and delirious dream which unfolds all the virtual possibilities open to him.

In one reality, the film is nothing more than a repository of discordant signifiers that do not follow a narrative, and in another, it is a brilliant masterpiece unprecedented in cinema. All cryptic suggestions aside, the film doesn’t make much sense in our linear model of understanding! The end of The Education of Fredrick Fitzell is not very clear either, we tell you everything!

EXPLANATION OF THE TIMELINE!

The main timeline of The Education of Fredrick Fitzell is the one that is presented to viewers at the very beginning: As he approaches his 30s, Fred ponders his life choices and reconsiders himself after his mother’s diagnosis. He begins to imagine what his life would be like if he followed another path. There is good reason to believe that the thriller unfolds in a largely linear fashion, with the deviations only occurring when Fred delves into his pastor when he experiences the effects of Merc.

Another clue is given in a later scene. Fred is in bed with his fiancée Karen, and he apologizes for the fact that his mind has strayed. This is a clue that the previous scene, with teenage Fred, is simply the result of Fred being lost in her memories.

The most obvious proof of this interpretation is found towards the end of The Education of Fredrick Fitzell. When asked to give an important presentation at work, which he is unprepared for, Fred quickly loses his temper. He starts yelling at other people in the room and must be restrained by security. However, just as it looks like Fred is going to be forcibly kicked out of the meeting, the camera cuts to Fred at his desk.

Although he is late for the meeting, it has not yet started. His boss, Evelyn, glares at him, wondering why he’s standing there. This is another indication that some of the Flashback scenes are just Fred’s imagination of how things might turn out, rather than being a separate timeline.

EXPLANATION OF THE END OF THE EDUCATION OF FREDRICK FITZELL

At the end of The Education of Fredrick Fitzell, Fred realizes that his mother only protected him and wanted only the best for him. Rather than thinking about the times his mother yelled at him, or the times he rebelled against her and hurt her, Fred now thinks of happier memories. The viewer witnesses a quick edit of Fred’s mother, smiling and laughing. This indicates that Fred’s outlook on their relationship has improved.

As a result of this breakthrough, Fred realizes that he cannot continue to explore alternate lives with Cindy under the influence of Merc. He resumes his work and recovers with Karen. He does, however, find a way to say his goodbyes to Cindy. Throughout the film, a key scene is repeated in very different ways.

In the first iteration, in what is probably the real version of what happened, teenage Fred and Cindy look at each other across the hall. Although he wanted to, Fred didn’t say anything to him. In the second version, Fred walks up to Cindy and they enthusiastically run off together. And, in the final version, seen after the breakthrough, Fred looks at Cindy and they exchange knowing smiles.

Fred will always remember Cindy with appreciation in his heart. But he recognizes that he can no longer follow his path. It should be noted, once again, that the second and third iterations of the scene are probably where Fred changes his memories based on how he feels at the time.

In the last scene of Flashback, we have another example of how the movie relies on Fred’s shift in perspective. Fred’s mother quietly passes away in her sleep as he visits her. Spectators are then treated to one final flashback, which brings them back to Fred as a baby. In this memory, Fred considers stepping away from his mother’s supervision.

But after she warns him against the move, Fred slips back into his mother’s arms in what is a happy memory. This memory is juxtaposed, in the present, with the fact that Fred snuggles in his mother’s arms. It shows that Fred has made peace with his past, replacing a traumatic memory with a much happier one.

In the finality of events, as he forgets Cindy and begins a life with Karen, the film takes us back to the beginning. And it all starts to make sense. According to the formulation of Deleuze and Guattari, desire does not justify any external reality but can create reality from and by itself. One can also desire to suppress desires, and in the end, Fred suppresses his desires for Cindy.

Fred’s desires are governed by the expectations of society, as he chooses Karen over Cindy and a stable job over the uncertain life of an artist. Fred’s condition, however, is not pathological, his mental delusions stem from a neurosis that characterizes capitalist society as a whole.