The Family Man Season 2: Explanation of the end! What is the new threat? 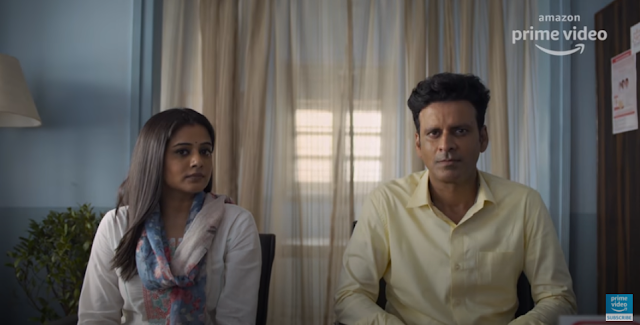 WATCH THE EXPLANATION OF THE END OF SEASON 2 OF THE FAMILY MAN ON AMAZON PRIME VIDEO!

The Family Man is available on Amazon Prime Video! Continue reading to find out what happened at the end of Season 2! Family Man season 2 has arrived with a bang after several delays and a long wait to answer so many questions. To find out when the third season will be released, read this.

Family Man season 2 saw the arrival of new enemies in the form of Tamil rebels who made their presence felt. They aimed to bring down the prime minister towards the end. The TASC was on its own, Srikant retiring and moving to a 9-5 job. Until the situation worsened and his own family got involved. Dhriti found herself kidnapped by one of the enemies and left Srikant to do anything to save her daughter.

In turn, even JK almost lost his life. Eventually, Srikant pursued Raji and his team to the depths of Chennai to bring them down. After all, they’re not afraid of dying and that’s what makes them more dangerous. Discover the explanation for the end of Season 2 of The Family Man!

EXPLANATION OF THE END OF SEASON 2 OF THE FAMILY MAN

Realizing that her daughter has been kidnapped by her old enemy Sajid, Tiwari rushes to console his wife and mobilizes all the forces of the intelligence community to find their daughter. She is quickly found and Sajid is killed in the rescue operation.

However, by this time the rebels’ plans are well underway and Raji readies the explosives-laden plane for their mission. TASC agents, led by Tiwari, locate the rebels and apprehend the plane. After a breathless shootout in which Raji takes off, the plane is finally brought down by Tiwari and his men, killing the rebel pilot and destroying their stockpile of explosives.

At the end of Season 2 of The Family Man, the story takes place in 2021, where the Covid-19 pandemic is briefly described. We then see a mysterious man sitting in a dark room in front of a laptop computer, communicating in Chinese. He types that the whole country is distracted at the moment and asks about the “Guan Yu Project”, which his anonymous official said has been activated.

In line with the rise of the initial season, the series ends with not one but two cliffhangers. The one concerning the mysterious Chinese plan is a cliffhanger on a new side of history. However, Suchi’s incomplete sentence at the end of the series hints at a long-standing Season 1 mystery that threatens to break Tiwari’s precious family apart.

While it’s still unclear whether Suchi and her colleague Arvind slept together on a business trip to Lonavala, the secret agent’s wife feels extremely guilty throughout Season 2 for what ‘she did. Such might therefore have found Tiwari at a time when the last thing he wants is more conflict, and they might end up making peace and turning the page on Suchi’s brief infidelity.

So there are new enemies in the land and we are in another season of Family Man that will continue the story after all. The questions that the next season could answer are: what do these Phoenixes mean? What is their link with the Covid-19 pandemic? It looks like the creators are taking the script creatively.