The A List Season 1: Explanation of the end of the Netflix series! 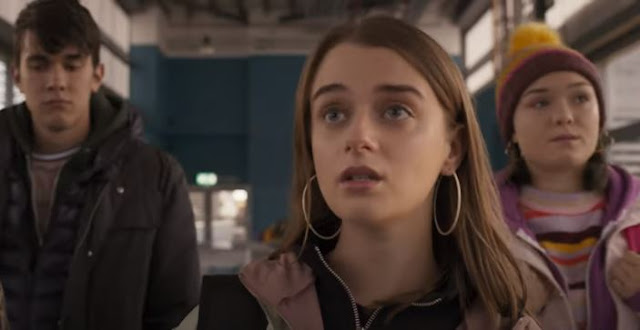 FIND THE END OF THE A LIST SEASON 1 EXPLANATION ON NETFLIX!

The A List is available on Netflix! If you want to know all about the end of Season 1, read on! The A List originally aired on the BBC in 2018 and arrived on Netflix in 2019. You never get bored at this elite teenage summer camp. On the surface, we have Mia, the queen bee, usurped by a rival queen, Amber. However, not all is well with Amber, as she possesses extraordinary powers that allow her to brainwash several campmates and get them to serve her.

Once Mia joins the group of outcasts, she discovers other amazing things. They were all at camp a year ago, and a girl named Midge had a fatal accident and died. Only, no one remembers Midge or the year before with much clarity. She and her team also find out that when Midge is “dead,” chemicals from the plant entered her blood and created Amber, so Midge is alive in Amber.
Throughout the series, it appears that Midge is trapped in Amber and the latter is a frightening foe. However, we suspect that things are different from what they appear to be, which brings us to a flood of questions that we hope will be answered in Season 2. You are told all about the end of the game. Season 1 of The A List!

EXPLANATION OF THE END OF THE A LIST SEASON 1!

Of course, being emotionally tortured by your peers doesn’t mean you have to kill them. As Amber, Midge made the girls who followed Mia follow her. Mia was tortured by her tactics, which she played on her. She had become interested in Brendan, which explains her obsession with him as Amber. For a long time, everyone believed that Midge was Amber’s victim.

They believe Midge is stuck in Amber’s body. Then they find they are the same. Mags presents them with a remedy that can bring Midge back to normal. At the end of Season 1 of The A List, Alex manages to do so. They think they’ve freed Midge and everything should be fine.

A horrible realization takes place when Amber says “Midge is gone”. And she seems relieved. Then, out of nowhere, Midge climbs back up the cliff and smiles maliciously, saying “you have no idea.” What the hell was going on here? The only logical conclusion that can be drawn from this scene is that Midge is bad. After gaining her powers, she transformed into an evil supervillain.

We were told she had turned into Amber, but now it seems that she and Amber are different people. It could be that Amber was just a normal girl and that Midge possessed her body to survive. All the while, it wasn’t Midge calling for help. It was Amber.