The A-List Season 2: Explanation of the end of the Netflix series! 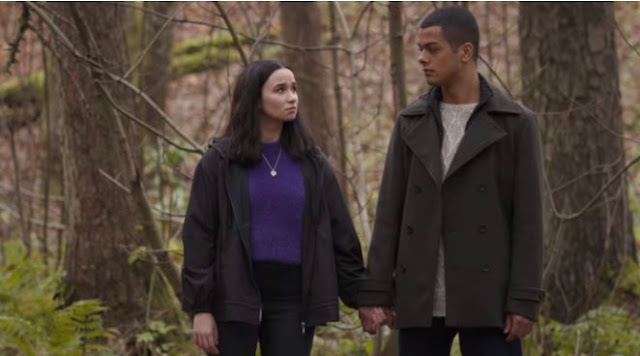 FIND THE A LIST SEASON 2 END EXPLANATION ON NETFLIX!

The A List is available on Netflix! If you want to know all about the end of Season 2, read on! Midge may have crawled back from the dead in season 1 of “The A List”. But his second wind was short-lived. To hold on to life, she needs another body to take over to give her the energy she needs to keep going. Midge’s ideal target now that she and Amber are no longer linked is Mia, who has returned to Peregrine Island to save her companions. Mia is also Midge’s former friend, now her enemy.

It probably makes sense for Midge and Amber to start the final by clashing. The theme of revenge has never been far from the surface of the season. Mia finds up in the bedroom where Midge hid after the body swap fiasco, and Midge wants to keep her there, despite Amber’s efforts to save her. We learn more about the crystal that is the source of animosine and Amber’s powers.

Its destruction is an objective linked to the destruction of Midge. This is a deceptively simple high-stakes storyline for such a complex series. Finding a way to bring about the necessary destruction takes time, and intertwines with several stories and characters. We tell you all about the end of Season 2 of The A List on Netflix!

EXPLANATION OF THE END OF SEASON 2 OF THE A LIST

Midge finds himself caught between a rock and a hard place at the end of Season 2 of The A List. Dr. Shaw, her mother, is the source of her rage. as Midge believes she was never the ideal girl for her mother. Dr. Shaw made a deal with the people funding the surgery for the sole purpose of bringing Midge back to life. But when animosine takes over, Midge becomes eviler than Amber ever was.

His evil is just, and therefore, more overwhelming. Midge takes energy from Mia, who goes insane. Locked in Midge’s mental palace, Mia sees the source of the animosine that causes all problems. Amber, however, redeems herself by bringing Mia back to life. Meanwhile, Jenna and her part of the group find the opening of an underground tunnel, which presumably leads to the heart of the animosine.

After coming back to life, Mia and Alex return to the center to confront Dr. Shaw. While Mia stays behind to reconcile with Midge, Alex collects the deactivation serum with help from Dr. Shaw. She used to be desperate to bring her daughter back, but now that things have escalated, she only wants the nightmare to end.

Alex, Jenna, and Kayleigh return to the underground tunnel to inject the serum into the animosine nucleus, and things seem to be returning to normal. The living comes to life, while the dead return to rest in their graves. But as the final twist of the penultimate episode suggests, animosine may not be completely turned off after all. It’s not all terrible, though, because the presence of animosine signals the start of a new season.

The story’s epilogue gives us an update on each character – Harry rose to fame as a whistleblower, Jenna is with Harry, Amber goes to see the fisherman’s daughter, Mia hangs out with the others, and Zac reaches out to Brendan. to make a fresh start. However, we have no idea what happens to Luka. He’s most likely serving his term. satisfied that his best friend is still alive.