The Seventh Day: Explanation of the end of the movie! 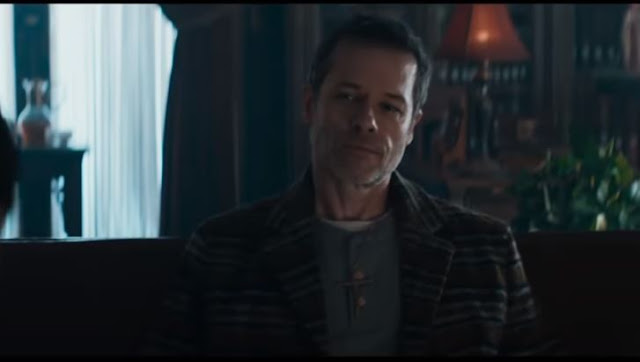 The Seventh Day: Explanation of the end

DISCOVER THE EXPLANATION OF THE END OF THE SEVENTH DAY!

The Seventh Day is one of the few movies to be released at the start of 2021, and here we are, getting an explanation of its ending. This Justin P. Lange movie is a horror film that takes the classic theme of exorcism from horror movies and adds its own mystery to it. Here we see a duo consisting of an experienced and prestigious exorcist, Father Peter, and an inexperienced young priest, Father Daniel. But on the very first day of their partnership, they embark on a journey to exorcise a young boy possessed by a demon.

Guy Pearce signed for the movie in the lead role on November 6, 2019. Months later, on January 27, 2020, Stephen Lang, Robin Bartlett, Keith David, Brady Jenness, and Chris Galust were all signed for the movie. After that, filming for The Seventh Day began in Dallas and New Orleans on February 5, 2020. If the movie itself follows a simple story in itself, the ending is out of the ordinary. We give you the explanation of the end of The Seventh Day!

EXPLANATION OF THE END OF THE SEVENTH DAY!

In the grim hospital scene, the light goes out, and all hell breaks loose. Charlie vanishes from the interrogation room for a brief moment, and as three police officers enter the room, they are brutally murdered by the evil spirit. Daniel comes down the stairs and meets the interrogator, but he is slaughtered in front of Daniel’s eyes.

Father Peter disappears, but Daniel manages to regroup with Charlie. Charlie returns to his normal state, but one final twist is waiting to be revealed. Charlie spoke several times about a tall, bearded man who would haunt him and make him commit evil crimes. When Charlie sees Father Peter on the other side of the door, he identifies Peter as the same evil spirit that is visiting him. Peter and Daniel put Charlie to sleep and take the boy to a secret place to perform the exorcism. Daniel progresses through the ritual as requested, but is in conflict when he learns the truth about Peter.

When Daniel directs his exorcism towards Peter, the latter reveals his true evil nature. When the exorcism of the little girl named Nicky ended in spectacular tragedy, the demonic spirit took hold of Peter’s body. After meeting the devil in Peter’s body, Daniel has to face horrific scenes in the house. He uses the edge of the crucifix pendant to stab Peter in the neck, and Peter presumably bleeds out. Before he dies, Peter thanks Daniel for freeing him from the evil spirit.

IS THE DEMON CONQUERED?

The demon, as you may have guessed by now, is not defeated. He went deep into the body of the clerical order. And, in all probability, all of Peter’s recruits are possessed by evil. When Daniel talks to Father Kevin on the phone, he says Daniel will be with them after one last assignment. This task is presumably Charlie’s exorcism. If Daniel hadn’t deviated from the plan, Charlie would be dead, and Daniel would be the one endowed with the force of evil. The demon is therefore far from being defeated and we can perhaps hope for a sequel.