Umbrella Academy: Netflix unveils the titles of the episodes of season 3 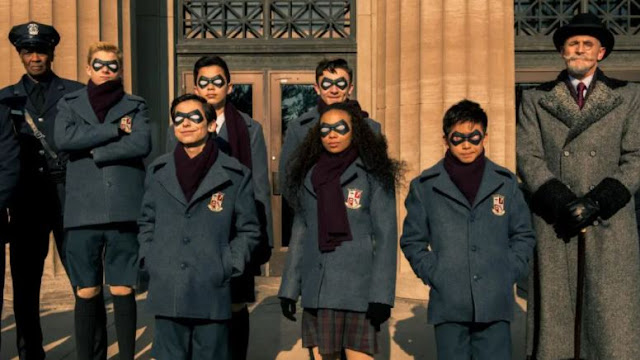 Among the many information that Netflix released during Geeked Week, Umbrella Academy fans also took advantage. The creator of the series has revealed the titles of the episodes of season 3.

It was during Geeked Week that the SVOD platform gave news of its hit series. Failing to have the trailer for season three of Umbrella Academy, Netflix has released the episode titles.

A season three of 10 episodes

The creator of the series unveiled the titles of Episode 3 of Umbrella Academy:

Season three of Umbrella Academy will therefore consist of 10 episodes just like its first two seasons.

Officially renewed in November 2020, the shooting of the third season of the series began last February. An announcement is welcome since you may have to wait a little longer before you can view it. In addition, this communication will allow fans to project themselves and imagine what could happen in this third season.

With the cast appearing on Netflix’s Geeked Week, more information is expected to follow. In particular, they could talk about the evolution of their character in the next season. With season 3 still in production, no release date has yet been announced by the streaming platform.

During the Netflix Geeked Week event you will have the opportunity to find other information on upcoming releases. The streaming platform has notably communicated on the arrival of its series adaptation of the animated Cowboy Bebop for this fall!