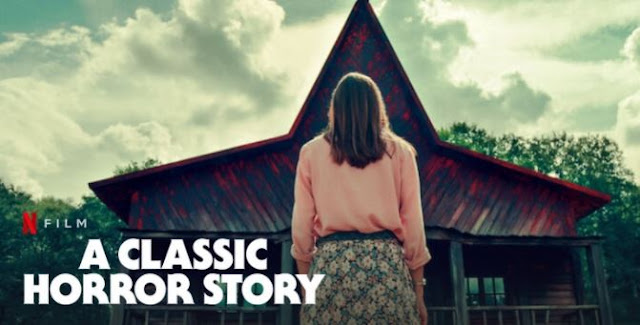 DISCOVER ALL THE NEWS ABOUT THE RELEASE OF A CLASSIC HORROR STORY ON NETFLIX! DATE AND TIME OF RELEASE.

When they regain consciousness, the five men and women discover that the road they were taking has disappeared. They now find themselves in the middle of nowhere, surrounded by dense and impenetrable woods in which a wooden house stands in the middle of a clearing. In a relatively short time, these now isolated individuals discover that the house is the seat of an unspeakable cult. To learn all about the release of A Classic Horror Story, read on!

WHAT IS A CLASSIC HORROR STORY RELEASE DATE AND TIME ON NETFLIX?

The official synopsis for the movie doesn’t give much information. It read: “In this appalling thriller, foreigners traveling through southern Italy find themselves stranded in the woods, where they have to fight desperately to get out alive.”

A Classic Horror Story tells the story of five carpoolers traveling together in a motorhome. On the road, they crash into a tree trying to avoid an animal carcass. The accident confuses them and when they finally do, they realize they are in the middle of nowhere. Surrounded by a dense forest, with no roads in sight, they stumble upon a wooden house.

However, this house holds dark secrets and they all wonder if they will manage to make it through the night alive. In the casting, we will find there in particular: Matilda Anna Ingrid Lutz, Francesco Russo, Peppino Mazzotta, Will Merrick, Yuliia Sobol, Alida Baldari Calabria, Cristina Donadio, Francesca Cavallin