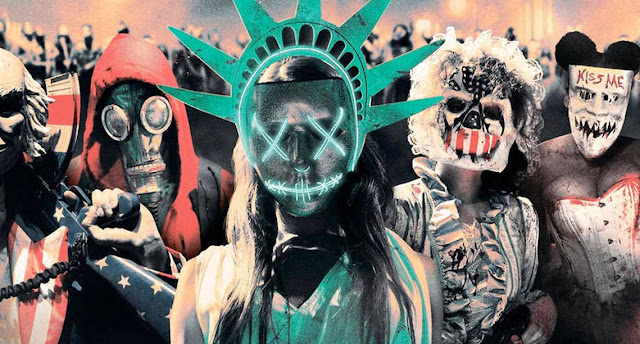 American Nightmare 4 is out on Netflix! If you want to know all the info about American Nightmare 5, read on! Believe it or not, the folks in the American Nightmare Cinematic Universe continue to purge, despite the fact that it has gone horribly wrong many, many times. To see the explanation for the ending of the previous movie, read this.

Apparently the last film in the franchise, the film stars Ana de la Reguera and Tenoch Huerta as a Mexican couple on the run from the drug cartel who find themselves stranded on a ranch in Texas. Although the Purge event has been banned, a group of strangers at the ranch are illegally continuing the tradition, as this hapless couple is about to find out. Starring Josh Lucas, Cassidy Freeman, and Will Patton, American Nightmare 5 promises to deliver a violent and gruesome end to the dystopian franchise.

WHAT IS AMERICAN NIGHTMARE 5 RELEASED DATE ON NETFLIX?

This law prohibits the film from appearing in streaming within the next 3 years. We can therefore assume that the release date of American Nightmare 5 will be set for summer 2024 on Netflix in France!

We leave you with the official synopsis for American Nightmare 5:

All the rules are violated this summer when a band of lawless marauders declares that the Annual Purge doesn’t stop at dawn and should never end in American Nightmare 5.

Building on the record-breaking success of The First Purge in 2018, Blumhouse’s famous terror franchise is embarking on innovative new territory. Members of an underground movement, who are no longer content with an annual night of anarchy and murder, decide to invade America with a never-ending campaign of mayhem and slaughter. No one is immune.

Adela and her husband Juan live in Texas, where Juan works as a laborer on a ranch for the wealthy Tucker family. Juan impresses Patriarch Tucker, Caleb, but it stirs the jealous anger of Caleb’s son, Dylan. The day after the Purge, a gang of masked killers attacks the Tucker family, including Dylan’s wife and sister, forcing the two families to stick together and fight back as the country descends into chaos and the States -United is starting to disintegrate around them.