Atypical Season 3: Explanation of the End of the Netflix Series! 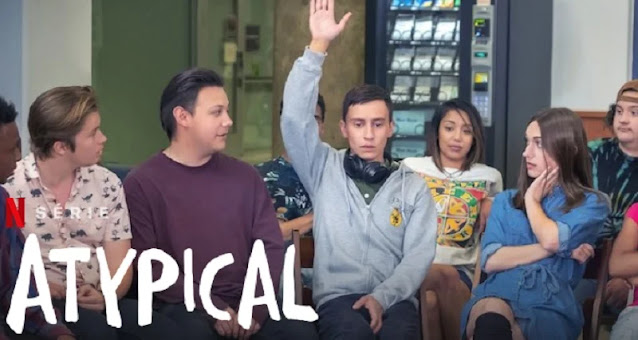 FIND THE END OF THE ATYPICAL SEASON 3 EXPLANATION ON NETFLIX!

Atypical is available on Netflix! If you want to know the explanation for the end of Season 3, read on! Following the story of Sam Garnder, diagnosed with ASD, and his family as they face the challenges of autism, Atypical realistically portrays an ordinary upper-middle-class family. If you want to know when Season 4 will be released, read this.

While Sam has always been the central character and protagonist, the series offers each family member a unique story and subplot that allows for in-depth character exploration. If you want to know the explanation for the end of Season 3 of Atypical, read on!

EXPLANATION OF THE END OF SEASON 3 OF ATYPICAL!

Since finding out that Elsa cheated on him, Doug has been trying to find out if he can forgive her or not, and unfortunately, it cost him to kid his wife. Deciding that it was best for the two of them to come out of the limbo they are stuck in, Elsa suggested parting, which Doug was not well received.

However, in Episode 9 of Season 3 of the series, we see them tracing their memories and rediscovering their feelings for each other. Even though Doug almost made a decision that could have ended their marriage forever, the end of Season 3 of Atypical sees Elsa and Doug reconcile.

Trying to bring some drama into Elsa and Doug’s life, the show didn’t get caught up in an inexplicable act that removes the potential for redemption. She also didn’t try to fix things too quickly and put their issues under the rug, and more importantly, she didn’t unrealistically push that they both divorce with a possible one. twist for Doug regardless of their shared history.

Beyond that, we also see how tempting it is to return to the closet after setting foot in it, even if you are in love or have confidence in your partner. The fear of losing everything you hold dear is very real, as the character of Izzie beautifully expresses.

Sam’s relationship with Paige and Zahid is also beautifully depicted in a heartwarming, three-dimensional way. We loved seeing how Sam grew in general and how he got better at expressing his love to those closest to him. This is beautifully portrayed in the final episode of the series.