Big Sky Season 1: Explanation of the ending! Who is Kelli, Jenny, Ronald. 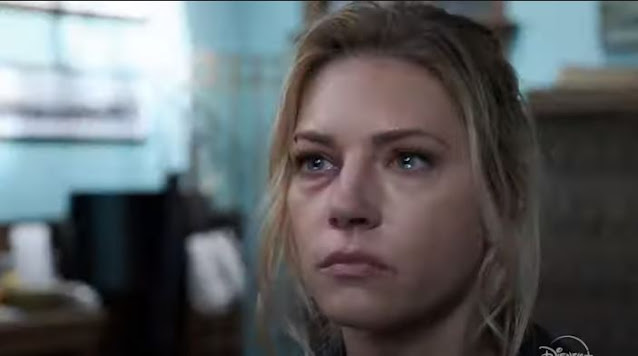 FIND THE END OF BIG SKY SEASON 1 EXPLANATION ON DISNEY PLUS! JENNY IS SHE DEAD? WHO IS KELLI?

Big Sky is available on Disney Plus Star! If you want to know the explanation for the end of Season 1, read on! Big Sky is a crime drama that follows two private detectives, Cassie Dewell and Cody Hoyt, who partner up with Jenny, Cody’s wife and former cop. As they work on a case involving two sisters who have been abducted, the trio realizes that there is more to it than meets the eye. To learn all about the release of the second season, read this.

Created by David E. Kelley, the series premiered in November 2020. The ABC thriller drama series is based on C. J. Box’s book series “The Highway”. Upon its release, the series received a mixed reception from viewers and critics.

The series also sparked controversy after the premiere of its pilot episode, as it was accused of cultural insensitivity and appropriation. Several indigenous and tribal councils have been offended that although the series is set in an area with alarming rates of murdered or missing indigenous women and girls, it does not feature any tribal representation. However, fans appreciate the unexpected twists and love that the plot centers around two women. If you have any questions regarding the ending of Season 1 of Big Sky on Disney Plus, read on!

At the end of Episode 16 of Big Sky, the men who free Ronald shoot Tubb and are about to finish off Cassie when Jenny catches their attention and one of their bullets hits her chest. As Ronald and his accomplice fled, Cassie mourns Jenny who is bleeding on the sidewalk.

But it looks like Jenny isn’t done yet. As she gets into an ambulance, she forces Cassie to pursue Ronald. Mrs. Dewell, therefore, seizes the weapon of the dead accomplice, requisitions a patrol car from the Sheriff’s Department, and goes hunting for Ronald.

You might wonder how Ronald got so lucky. Just before he was taken into custody, he asked Scarlet to search the hard drive he had placed under their bathroom sink for a certain “John Milton”, a union member who might be. help. She did, and a very scary Montana state policeman showed up at her house and told her to get ready to leave as soon as possible.

She was driven to a meeting point, and when Ronald finally introduced himself, it looked like they were free and clear. But when she inquired about Phoebe and was told they weren’t going to go back and get her daughter, Ronald said “Get behind the wheel” and he strangled their driver while she made sure the car did not leave the road. At the end of Season 1 of Big Sky, the two bizarre killers left, hand in hand.

WHAT HAPPENS WITH RONALD AND SCARLET?

In the last episode, Scarlet revealed that she knew “Arthur” was Ronald Pergman. Not only was she okay with all of his killings and human trafficking, but she was also overjoyed. I guess there is someone for everyone.

To avoid being captured by Deputy Marshal Mark Lindor, the two men hatched a plan. Their plan worked like a twisted charm. John Milton was another corrupt state policeman who outfitted Scarlet with a new phone and performed the coolest stunt in Season 1 of Big Sky: overturning a police car by accident.

But that plan didn’t work for Scarlet. Before the policeman took him away, he arranged for his daughter to be taken elsewhere. Scarlet has nothing against multiple murders, human trafficking, and boyfriend a Norman Bates lookalike, but leaving her daughter behind is going too far. Scarlet and Ronald killed their driver and vowed to pick up Scarlet’s daughter.

Then there’s Scarlet’s sister, Mary. Remember that Ronald murdered her and buried her body, as Phoebe witnessed this last act. At this point, Scarlet still has no idea what happened to her sister, but when she finds out that Ronald killed her, it could change their relationship. Or not.

As Ronald told them this was his favorite place, they found “Kelli”, a decaying body covered in a shroud. Ronald denied killing her, saying he just stopped coming. Since it’s clear that Kelli was trapped in this house with no escape, it’s clear that she starved to death, so yes. It’s Ronald’s fault. But who was this woman?

All that is known about Kelli is that his name was engraved on Ronald’s truck. The “Help Me – Kelli” post has taunted the police since Episode 11. We don’t know much else about this particular victim, but his existence proves that Ronald’s reign of terror is wider than anyone else. could have foreseen it.

JENNY IS SHE DEAD?

This is the big cliffhanger of Season 1 of Big Sky. Do you remember the car accident that freed Ronald? John Milton’s partner was about to kill Cassie when Jenny and her gun came to the rescue just in time. Instead of shooting Cassie, he fired a single shot into Jenny’s chest. In Big Sky’s dying moments, Jenny was driven to the hospital by ambulance as Cassie panicked over the fate of her new best friend. At this time we don’t know if she’s dead or alive, but we do think she will be back in Season 2 anyway.